The tax authorities can "rectify" any real estate sale 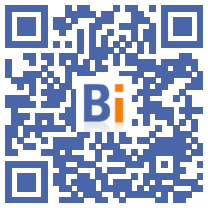 The price paid when buying or selling real estate can be "corrected" by the tax authorities, whether there has been fraud or not, which can lead both parties to pay higher taxes.

The administration is not bound by the price agreed by buyer and seller, recalls the Court of Cassation.

In principle, the taxes and duties are linked to the price expressed in the deed, remind the judges, but as in any declaration, the tax authorities can decide on a rectification if this price seems insufficient with regard to the market.

The rectification can have a significant cost given the number of taxes related to the sale of real estate. During a sale in fact, the purchaser pays the "notary fees", that is to say essentially the transfer duties, while the seller may be subject to various taxes such as the tax on possible capital gain, to the CSG on this capital gain or, where applicable, several cumulative taxes on land that has become constructible.

In theory, the price agreed should represent the market price since it is the "meeting of the wills" of the two stakeholders, according to the judges. The seller gives in at the price that satisfies him, at which he values ​​his property, and the buyer accepts at the price he is willing to pay.

However, everyone may have an interest in minimizing the official price and the administration has the power to control the acts which serve as the basis for establishing taxes and duties, whether it is a transfer for valuable consideration such as a sale. , free of charge such as a gift or inheritance, or a simple declaration such as the IFI.

This is to verify that the deed mentions the market value of the building, that is to say the price that could be obtained on that date by the play of supply and demand in the market. real. The administration, to support its point of view, must provide "terms of comparison", ie the prices declared during recent comparable transfers, in the same sector.

On June 27, 2018, the Court of Cassation eased the obligations of the tax services in this area, explaining that it was a question of comparing goods which are generally similar and no longer with identical or "intrinsically similar" goods.