The tax authorities are not required to give certain information 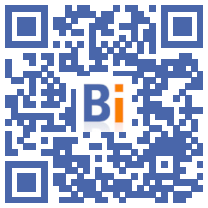 The taxpayer who is the subject of a "proposal for rectification" of a tax cannot require the administration to communicate the documents on which it is based when these documents are public.

This is an exception posed by the Court of Cassation to the obligation imposed on the tax authorities, by law, to communicate to the taxpayer the documents on which the adjustment is based.

This obligation does not extend to documents which are the subject of legal publicity, because they are accessible to the public, decide the judges.

The case concerned a problem of valuation of immovable property taxed under the wealth tax. The tax services, considering that certain goods had been declared for too low a value, notified an adjustment procedure. The taxpayer demanded the communication of the elements of comparison and in particular the surfaces of the goods invoked as similar by the tax authorities. The general tax code obliges the administration to inform the taxpayer of the content and origin of information and documents obtained from third parties and on which it is based, he recalled.

But the tax authorities refused. They replied that the person concerned had only to inquire with the cadastre or the land registry service. The judges ruled in their favor since, according to them, the information requested was "freely accessible to any interested person". They did not say anything about the value of this information, for the interested party making a request.