Tax relief doesn't have to come from just anywhere 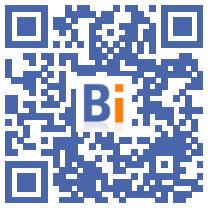 A tax service official cannot notify a taxpayer of a "proposed rectification" just because it relates to property in his area of ​​jurisdiction.

The Court of Cassation laid down this principle on the subject of wealth tax, declaring only the taxpayer's tax domiciliation agents competent.

This taxpayer holding several real estate in various departments, had received from a departmental direction of public finances a rectification proposal relating to the declared value of a building located in its jurisdiction.

This service maintained that, according to the law, the civil servants of categories A and B are competent for the buildings located in their territorial zone. He deduced from this that he was competent in the same way as the service of the place of declaration and taxation.

But the judges rejected this reasoning. In this case, the wealth tax being a tax on the total patrimony, its control and its rectification can only be exercised by the service with which the declaration was filed or should have been filed. The taxpayer cannot receive rectification notices from various tax services for property located within their jurisdiction.

In this case, this taxpayer residing in Val-de-Marne, he could, according to the judges, receive a proposal for rectification only from the real estate tax control service of Créteil.