The surroundings of Notre-Dame de Paris redesigned via virtual reality 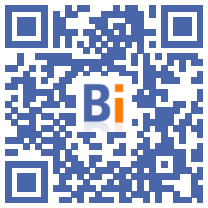 The surroundings of Notre-Dame de Paris cathedral, being restored after the fire which partially destroyed it in 2019, will be redeveloped from a virtual 3D model designed by an American company, we have learned from corroborating sources.

This San Francisco-based company, Autodesk, has already worked with the City of Paris, responsible for the redevelopment of the surroundings of the famous building which is due to start after the Olympic Games in 2024.

It had already been "associated" with the redevelopment of the surroundings of the Eiffel Tower in 2018, told AFP the town hall of Paris and Autodesk, which is one of the patrons of Notre-Dame.

The square, its basement, the access to the Seine below, the squares located at the foot of the chevet and at the eastern tip of the Île de la Cité, as well as the adjacent streets - a set spanning four hectares-, were thus modeled in 3D.

"This environment has been recreated from billions of topographic points scanned and transformed into smart objects. It is a common platform which will allow the finalist teams selected by the City of Paris to work on a reliable common basis", specified to AFP Nicolas Mangon, vice-president of the AEC (Architecture, Engineering and Construction), sales strategy and marketing departments of Autodesk.

Four teams bringing together architects, town planners and landscapers have been selected by the City of Paris for the redevelopment of the area surrounding the cathedral. The winner must be chosen by a jury at the end of June 2022.

"It is on the basis of this 3D model that each candidate will design their project. (...) Autodesk will provide support to the 4 design teams to optimize the integration of their proposals into the existing model and will produce an immersive visit for the 4 projects so that the jury can assess them in a simple and comparable way ", specified the City of Paris.

The redevelopment of the surroundings of the cathedral is funded to the tune of 50 million euros by the City, a sum initially planned as a contribution to the restoration of the cathedral.