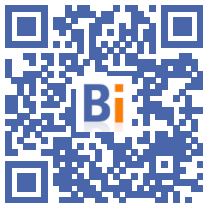 The recovery plan continues to gain momentum, in particular on its industrial component, according to a latest report published by the Ministry of the Economy, which claims to have simplified procedures to respond to certain criticisms.

At the end of April, including the reduction in production taxes, 30 billion euros had been committed (that is to say, the subject of a contract with a project leader), and about 20 billion disbursed, the ministry told AFP.

The Minister of the Economy Bruno Le Maire wants to deploy by the end of the year 70 billion euros out of the 100 billion of the plan, distributed more or less equitably between measures promoting ecological transition, industrial reconquest, and social and territorial cohesion.

On the ecological side, 9 billion euros have been committed, including 4 for the recapitalization of SNCF.

The MaPriveRénov device, to help households do work in their homes, generated 252.000 requests between January and April, after 200.000 in 2020, for a total amount of 770 million euros.

On the section devoted to social and territorial cohesion, 9,5 billion euros have been committed, including 2,7 for support to communities. The “1 young, 1 solution” plan to support employment benefited 1,5 million under 26 years of age at the end of April.

The section dedicated to industrial development has reached commitments of around 5 billion euros (excluding 10 billion reduction in production taxes).

1,3 billion euros thus enabled 1.450 companies to make more than 5,9 billion euros in productive investments at the end of April. Almost one in three industrial companies has submitted a file to the “industry of the future” desk, dedicated to digitization and robotization.

Faced with the influx of requests, the government replenished this component with 1 billion euros, tapping into other envelopes at a slower start.

As announced Monday by the Prime Minister, 350 million euros will also come to supplement the "brownfield fund", also victim of its success.

These reallocations are justified because these measures "will really have an impact either on the modernization of companies (...), or in terms of the attractiveness of the territories, and that also contributes to the employment branch of the recovery plan", justifies t -on in Bercy.

No other measure will be sacrificed, however, assures the ministry, which does not specify which were punctured but gives an appointment later in the year to take stock of the plan's under-consumption.

A point should already be made this summer, during the consultation desired by the President of the Republic to "invent a second phase of the revival".

In addition, while criticisms are raised on the lack of legibility of the plan and the complexity of access to certain measures, Bercy assures to be "listening", and to have corrected the shooting.

A guide dedicated to very small businesses has emerged, certain call for projects procedures have been revised, for example to reduce the number of access counters, the ministry argues.