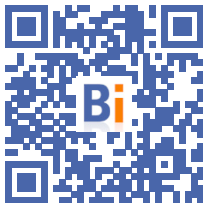 The prefect of Deux-Sèvres announced Tuesday evening that a "control and expertise mission" had established the legality of part of the construction work of an irrigation reserve in Mauzé-sur-le-Mignon, site which feeds strong tensions between environmentalists and farmers.

"At my request, the State services carried out an on-site control and expertise mission in conjunction with an environmental expert. It appears that the pipe work carried out complies with the requirements of the prefectural decree" authorizing the site, wrote the prefect Emmanuel Aubry in a press release.

According to him, the Coop de l'Eau, a farmers' cooperative that carries the project, has indeed made the route modifications requested before the start of the work and aimed at "avoiding two plots (...) presenting strong environmental issues ( wet temporary meadow and pollard trees) ".

"All wetlands are spared and preserved," he adds, assuring that the work undertaken "can continue legally" in Mauzé-sur-le-Mignon.

The representative of the State in Deux-Sèvres wanted to ensure that "work in a humid environment, therefore irregular at this time of the year", was not in progress on the site of this giant water reservoir, also called "basin".

Tuesday, under the eye of the press and a large device of 70 gendarmes supported by a helicopter, thirty activists from the collective of opponents "Bassines Non Merci" surveyed the campaign to see the rapid progress of the achievement of trenches and laying of drain pipes in the Mignon valley, work however "prohibited" according to them.

They are based on a decree, consulted by AFP, which stipulates that "no intervention is possible between November 1 and July 31 (....) in the event of crossing with a humid habitat or a course of water ".

Julien Le Guet, spokesperson for Bassines Non Merci, said he was "more determined than ever" to stop the project, managed "absurdly" by the State.

In recent years, opposition to "basins" has crystallized in Deux-Sèvres, particularly in Mauzé-sur-le-Mignon where the first of the sixteen reservoirs planned for the Sèvre Niortaise basin, crucial for the supply of the Poitevin marsh.

In recent weeks, the tension has risen a notch, as on November 6, on the sidelines of a demonstration of opponents, when activists had ransacked a water reservoir in Charente-Maritime, described as "basin of shame ", due to irregularities. These degradations were unanimously condemned by the Interior Ministers Gérald Darmanin and Agriculture Julien Denormandie and the first two agricultural unions, the FNSEA and the Rural Coordination.

These reserves - a sort of craters covered with a plasticized membrane - must be supplied by waterways and groundwater in winter, and serve in the summer to irrigating farmers when the resource is lacking, which makes their detractors say that 'they constitute a "privatization of water".