The State supports a project to offer private 5G networks 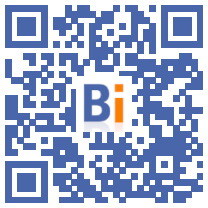 The project of the Technological Research Institute (IRT) aiming to "develop a sovereign offer for private 5G networks" intended in particular for industry will receive state support of 30 million euros over seven years, with the creation of around 80 jobs in Lannion (Côtes d'Armor).

The State has decided to support the IRT project by providing funding of 30 million over seven years as part of future investments, the ministries of Industry and Research announced on Tuesday in a joint statement.

This support should make it possible to create "up to 90 jobs, of which 80 to 90% will be permanently located in Lannion", a pool of jobs hit hard by the social plan of the Finnish telecoms equipment manufacturer Nokia.

For the government, this involves strengthening an "ecosystem with strong skills in telecoms networks, 5G and cybersecurity".

The idea of ​​the IRT, which already has a branch in Lannion of about fifteen people, is to benefit from the skills of Nokia employees targeted by the job protection plan (PSE).

A first payment is scheduled for early 2021 and recruitments are expected in the first quarter, the ministries said.

After a very strong mobilization of employees and Breton elected officials in particular, it had reduced this figure to 986, at the end of October, since fallen to 980, with "nearly 250 positions preserved" mainly in the development of 5G (162 in Lannion and 85 in Nozay in Essonne).

Nokia also announced the creation of 112 new positions within a future cybersecurity center.