The State promises 1,5 billion euros for transport, culture and safety in Marseille 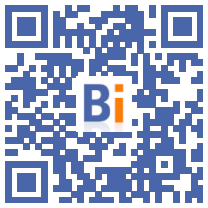 The State will bring in total to Marseille about 1,5 billion euros in new funding, mainly for transport but also for culture and security, detailed the Elysee Thursday evening after a presidential speech without quantified details.

To this will be added a contribution to the renovation of 174 schools, the amount of which has not yet been determined, added an advisor to Emmanuel Macron.

The President of the Republic, traveling for three days in the second largest city in France, has promised to return in October and February for a first assessment.

On transport, the Head of State posted the objective: "Open up the northern districts and allow to link the North and the South" of a city where inequalities and geographical divides are very important.

To achieve this, he is "ready so that we can have this funding of one billion euros, including 250 million in subsidies that will be committed by the State" citing in particular three very concrete projects: the automation of the metro , the creation of four tram lines and five high-level bus lines.

He crushed the passage of the Aix-Marseille-Provence metropolis, led by LR Martine Vassal, project manager on the subject, believing that the community was spending "too much time redistributing" and had "trouble carrying the projects. ", inviting it to" change its governance ".

Another major presidential project: the cinema while the number of shootings has tripled in ten years in Marseille, according to the municipality, thus becoming the second host country for film teams behind Paris.

The Head of State wants the creation of "major studios in the Mediterranean which will provide the infrastructure for the shooting of major films, major series" without specifying whether they will lean against Provence Studios which already exist in a few kilometers, in Martigues.

He also promised to "create the first filming pool at sea", a branch of the French film library or the establishment of the CinéFabrique school in Marseille on the Lyon model.

On security, Emmanuel Macron announced an acceleration of the arrival in Marseille of the 300 more police officers already promised by the Ministry of the Interior, who will all be there in 2022 and no longer 2023, and the funding of 500 CCTV cameras .

The main points of the plan for Marseille

Emmanuel Macron confirmed the 169 million euros committed by the State for Marseille hospitals, or 50% of the cost of the modernization project initiated. This plan includes the renovation of the La Timone site, which will host a new maternity unit by 2027, and the North hospital. Similarly, the debt of the AP-HM, Marseille's public hospital, was reduced by 233 million euros, he confirmed.

An additional 50 million euros will be allocated for the mother-child center of La Timone as well as for a Women's House.

Socialist mayor Benoît Payan had explained that he had worked with the State on a "major renovation plan" estimated at 1,2 billion euros to "renovate, requalify or rebuild" about 200 schools in the city. Mr. Macron confirmed Thursday that 174 of these schools are "in such a state of disrepair that learning has become impossible". But he did not give figures on the financial commitments of the State on this file, announcing only the creation in three months maximum of a public company of national interest to pilot this project.

The Head of State, however, specified that the operations undertaken by the National Agency for Urban Renovation (ANRU) and the recovery plan have already made it possible to finance the renovation of about fifteen schools.

Among them, the Bouge school, in the 13th arrondissement, where he started school in the morning, which will be completely rebuilt, "with 90% state funding", for a reopening at the start of the 2024 school year.

On the other hand, Mr. Macron announced that 50 Marseille schools would serve as an educational "laboratory" for "the school of the future", with entry into force from the start of the 2022 school year.

As of 2015, a government report counted 40.000 slums in Marseille, i.e. 100.000 people out of 860.000 inhabitants. In November 2018, the death of eight people in the collapse of a building on rue d'Aubagne, a stone's throw from the Old Port, dramatically highlighted the tragedy of unworthy housing in the city.

On this file, Mr. Macron reiterated that a large plan has been initiated since July 2019 between the State and the communities with a 15-year strategy for 1.000 hectares of the city center, or 200.000 inhabitants. Insisting that the building sites begin "immediately" and that the governance of these files improve, the Head of State announced the launch of an operation of national interest for the city, a procedure which will allow the 'State of co-piloting this gigantic project and speeding up the procedures.

Similarly, the President of the Republic mentioned a doubling of the participation of the State in this case of substandard housing. Initially this plan was announced at 600 million euros, half of which for the State.

Via a public interest group, which will have to be set up within three months, the Head of State has promised to "open up the northern districts" of the city, the working-class districts, while ensuring that he is "ready for this. that we can have (a) funding of one billion euros, including 250 million in subsidies, which will be committed by the State ". This money would be used to automate the two current metro lines but also to add four new tram lines to the three already existing, as well as five high-level bus lines.

The Head of State did not go further in the details of this file, not mentioning for example this project for a long time defended in particular on the left of an extension of the metro to the city of Castellane and the North hospital.