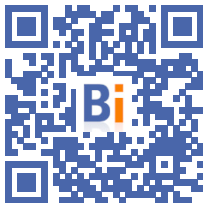 The prefect Laurent Carrié, advisor to Prime Minister Jean Castex, was charged Wednesday in the Council of Ministers with the follow-up of the great plan for Marseille announced on September 2 by President Emmanuel Macron.

"On a proposal from the Minister of the Interior, Laurent Carrié, a senior regional administrator, is appointed delegate prefect for equal opportunities to the prefect of the Provence-Alpes-Côte d'Azur region (...) in charge of the plan + Marseille in big + ", indicates the report of the Council of Ministers.

During an exceptional three-day visit to Marseille, the President of the Republic Emmanuel Macron presented a grand plan for Marseille of 1,5 billion euros for security, schools, the fight against substandard housing, transport and hospitals. He is due to return to Marseille in mid-October for a first stopover.

Laurent Carrié was since February 2019 in the office of Prime Minister Jean Castex, in the interior affairs pole in charge of territorial contractual policies.

The new delegated prefect will be the privileged interlocutor of the local elected officials, in particular to advance certain controversial subjects such as the improvement of the governance of the Aix-Marseille-Provence metropolis desired by the Head of State. A governance that has just been the subject of strong criticism about the management of the strike by garbage collectors, pushing the mayor of Marseille Benoît Payan to demand the return of the competence "cleanliness, roads and waste" to the city.

During a meeting of the Metropolitan Council on Thursday, President LR Martine Vassal defended the action of her services during this garbage collector crisis while some CGT employees are still on strike in Martigues, Istres, Aix-en- Provence and in certain districts of Marseille.

"We found after five days a solution that respects the law", defended Martine Vassal, explaining that she did not have "a magic wand" to collect in a few days all the garbage that is were accumulated in the streets: the recovery time is equivalent to the duration of the strike, she explained.

When the operation of the metropolis, "nobody is happy, neither the elected officials, nor the inhabitants, nor the State and I am not happy either", she launched: "Me, my position has never changed. I have always been for a strategic metropolis, for structuring projects and for proximity to go as close as possible to the inhabitants ", she added, paving the way for a return of" the skills of proximity "to the 92 municipalities of the territory.