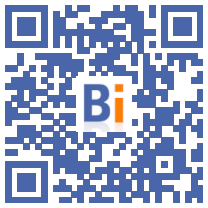 The new REP sector for recycling waste from building products and materials will be launched "no later than January 1, 2023," the Ministry of Ecological Transition announced on Wednesday, a year later than initially planned.

The building sector, which produces 42 million tonnes of waste per year, or as much as the waste generated by households, will have its own recycling channel.

Concretely, eco-organizations will be responsible for the collection, sorting and recycling of waste generated by the sector within the framework of the AGEC law relating to the fight against waste and the circular economy. This law provided for the implementation of this sector on January 1, 2022.

The year 2022 will finally be devoted to the establishment of the extended producer responsibility (REP) chain "so that approved eco-organizations can establish agreements with communities and private players in the management of construction waste", explained the ministry.

The financial support, which will really launch this new sector, will be activated "no later than January 1, 2023", it is specified in the press release.

The government will publish "by the end of the year the decree setting the rules and principles of this new sector".

"It is estimated that it was not possible to do it earlier," a spokesperson for the French Building Federation told AFP.

As the specifications of the eco-organizations have not yet been established, it is impossible for the players in the sector to adapt theirs, while orders are already scheduled for part of the year to come.

The ministry launched a consultation on Wednesday on the draft specifications for eco-organizations. The launch of the REP will be "gradual in its deployment," said the ministry.

"Even in January 2023, the funding will not be at its peak, the sector will be implemented over several years", estimates the FFB.