The solar energy sector calls for "a solar emergency plan" 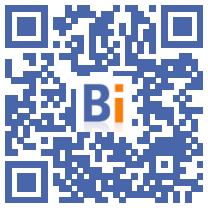 Solar energy players called a few days ago for a "solar emergency plan", saying the sector can contribute "quickly" to France's energy independence.

“We have entered a state of energy emergency which concerns all low-carbon energies, including solar in particular, given its ability to grow rapidly”, underlines the Enerplan union.

For the solar association (electric and thermal), "it is now necessary to take radical and immediate measures, including derogations, to participate in this national and European effort to transform and restructure the energy system".

But France is already lagging behind in relation to its objectives set since 2020. A situation whose reasons "come down to a much too rigid framework and a lack of mobilization of the various actors", deplores Enerplan.

The sector is now calling for "a frank acceleration", with a goal of commissioning 2025 gigawatts (GW) of solar power plants in 10, almost 4 times more than in 2021.

If 25 GW could be connected from 2022 to 2025, this would represent nearly 30 TWh of additional electricity production, or the equivalent of 30% of Russian gas imports (100 TWh), argues the sector. That is also more than the annual production of two EPR reactors.

In total, solar would then generate 10% of French electricity production at the end of 2025, instead of 2028 as the country had so far planned.

At the same time, solar heat could quickly reach 1,5GW per year from 2025.

To do this, it is necessary to establish "a plan, as quickly as possible, in consultation with the State", pleads Enerplan, which notes that European countries (Germany, Italy, Spain) have already reached this level of 10 GW over one year. .

"In the current situation, the delay of France in its development of solar energy is expensive", underlines the president of Enerplan, Daniel Bour.