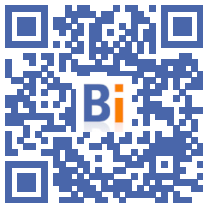 SNCF intends to continue developing shops to "bring warmth" to its stations and earn money, but it wants to emphasize diversity and quality, Raphaël Poli, CEO of SNCF Retail & Connexions.

Since April 1, he has been in charge of the management of the entire commercial offer in the 3.000 stations in France, from the newsagent to the shopping arcade.

With, to begin with, an audit: "these stations, for the first time, we thought of them according to the number of travelers of course, but also of what happens five minutes on foot or seven minutes by car. on which the station is going to live will depend on its environment, "he explains.

It is also about probing the expectations of travelers. “The journey through the station contributes nearly 20% of customer satisfaction,” he notes. "What brings us back is the diversification of the brands, the atmosphere, and the fact that it contributes to their occupation or their distraction during the time spent at the station."

"People tell us that the stations are often perceived as places of passage a little cold and, the businesses, it is what gives warmth and the human relationship", he continues.

Income from businesses is used to maintain and renovate stations, and also to lower the "touchdown" paid by rail operators to stop there.

The idea is therefore to find the right balance between the quick sandwich and the restaurant, the newsagent, the mini market, the doctor's office, the bicycle repair shop ... and also between travelers and those who do not take not the train (20% of attendance at Paris-Montparnasse). Possibly with provisional leases allowing new formulas to be tested.

"There is no magic formula. It depends on the stations."

He takes up the mantra of his boss Marlène Dolveck, the general manager of SNCF Gares & Connexions (the station manager, a subsidiary of SNCF Réseau): "Our only desire is to make people want to take the train and, the first step , it's the station. That's what drives the action. "

"We are only at the beginning of the story", only a few stations having been fitted out so far, and some shops having been closed because of the pandemic, said Mr. Poli.

Concretely, he wants "to work better with local elected officials" and with traders.

His company promises to pamper the latter, in exchange for commitments on quality, with a charter on hospitality, and efforts on customer loyalty and on corporate social responsibility (CSR).

"We are going to weigh these criteria much more in the way in which we construct the calls for tenders," he says, citing the sorting of waste or the promotion of learning.

"I prefer to bring in a new brand rather than someone who is already installed, even if that has a cost for us", adds the manager.

Before Covid-19, shops brought in some 250 million euros in royalties, on a turnover of 1,6 billion for SNCF Gares & Connexions.

"The idea is to increase" this amount, indicates Raphaël Poli, who says he does not yet have specific objectives. "We have requests from both elected officials and traders to come and settle in the station."

But "the priority is the safety of the flow" of travelers, he insists. "A station is not a shopping center, clearly."

The plan to transform the Gare du Nord in Paris was "an exception", he sighs. The SNCF also preferred to stop the particularly controversial project of its expansion, launched by previous teams with the Auchan property company.

However, this bad experience does not condemn the alliance with real estate companies to enhance the value of important buildings, he says, highlighting the successes of Saint-Lazare and Montparnasse in Paris, or of Rennes. But "there is no general policy of partnership".