The slow march of the Breton islands towards 100% renewable 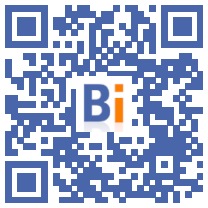 Political will and sobriety efforts of the population are not always enough: the Breton islands of Sein, Molène and Ouessant are struggling to achieve their objective of 100% renewable energies, hampered by administrative constraints and opposition to wind power.

"Everyone is for the energy transition but as soon as there is a concrete action to put in place, it's never the right place or the right time", annoys Denis Palluel, mayor of the island of Ouessant (833 inhabitants), off Finistère.

Like his colleagues from Molène and Sein, Mr. Palluel committed his municipality to an ambitious objective in 2012: to achieve 100% renewable energy by 2030.

Because these three islands in the Iroise Sea share the same particularity: they are not connected to the national electricity grid and must therefore produce their own electricity, with generators powered by fuel oil. All at a prohibitive financial and environmental cost.

Ten years after the launch of the initiative, it is clear that the road to energy autonomy is still long. In 2022, Ouessant was thus only at 4% "green" energy, against 12% in Sein and only 1% in Molène.

However, the islanders have spared no effort, particularly in terms of energy savings: distribution of low-consumption light bulbs to the population, renovation of housing, public LED lighting, etc.

"In Sein, we have always been used to being careful with water and electricity and we continue", smiles Marie-Thérèse Spinec, an 81-year-old islander who claims not to support a house "heated to 24°C" .

However, part of the savings made have been eaten away by the famous "rebound effect". “Some residents who did not heat themselves discovered comfort after the renovation of their homes” and therefore did not reduce their consumption, explains Émilie Gauter, energy and sustainable development project manager at the Association des îles du Ponant (AIP ).

To complement their sobriety efforts, the three islands have also installed a series of solar panels on the roofs of public buildings. In good weather, when the photovoltaic cells produce at full capacity, the island of Sein (260 inhabitants) can thus stop its generators for several hours. Batteries, themselves recharged with solar energy, provide the extra electricity.

According to the AIP, installations make it possible to avoid the combustion of 177 m3 of fuel oil per year on the three islands and to significantly reduce CO2 emissions there.

The "battle" of the wind turbine

The construction of a wind turbine in Sein, scheduled to come into service in 2024, should further improve the carbon footprint of the island. "It was a hell of a fight," said former mayor Dominique Salvert. "We had the veto of the architect of the Buildings of France who did not want to hear about a wind turbine. It should have been done five years ago", laments the former elected official.

In Ouessant, the wind turbine project is also at a standstill. "It's an aberration not to have one, given the wind there is on the islands", laments the mayor Denis Palluel who had to face the opposition of some of his constituents as well as state services on this ultra-protected island.

"We come up against the administrative millefeuille", abounds Didier Delhalle, mayor of Molène (160 inhabitants). For lack of space to install a wind turbine, Mr. Delhalle prefers to bet on a photovoltaic farm which should allow the island to reach 67% renewable energy in the long term. “It will already be good,” he says.

And in Ouessant, the tidal turbine submerged in a depth of 55 meters could provide up to 20% of the island's needs, if the tests started in 2015 finally prove conclusive.

Despite this progress, the 100% renewable objective now seems difficult to achieve. "It doesn't matter if it's in 2031 or 2035. It's like all major projects, we never meet the deadlines," sweeps Mr. Palluel. "You have to have the modesty to recognize that you can't control everything."