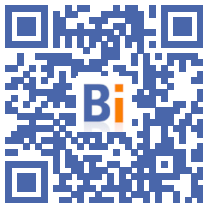 The municipalities of Ile-de-France, densely populated and where concrete reigns supreme, are starting to rethink their infrastructures to stay cool during peak heat.

In Saint-Denis, the park of the Legion of Honor, in the city center, quickly finds itself saturated as soon as the Dionysians seek to escape the strong heat. So, the town hall is trying to multiply the places where you can enjoy a bit of fresh air.

From the point of view of the mayor (PS) Mathieu Hanotin, "it is a necessity, especially for a population that does not necessarily go on vacation."

Faced with ever earlier heat waves, "we can open the parks at night depending on the heat, or relay points where the elderly can catch their breath", offers the chosen one.

In the long term, the municipality seeks to "multiply" the islands of freshness on the places where the shade is rare, adds Laurent Monnet, assistant to the energy transformation.

To achieve this objective, Saint-Denis hides a precious asset under its feet: streams buried during the expansion of the city in the last century.

"We want to make this water reappear in one form or another," Monnet told AFP.

While heat waves are set to repeat themselves, lengthen and intensify due to global warming, scientists warn, the mayor (PS) of Alfortville (Val-de-Marne) Luc Carvounas insists on the need to " paradigm shift."

"The mayors have collectively realized that nature in the city was a necessity", maintains Mr. Carvounas, also at the head of the Association of Mayors of Val-de-Marne.

As soon as possible, municipalities go green, insulate their buildings and work with associations to ensure the health of the most vulnerable people.

Since the deadly heat wave of 2003, municipalities must keep a register where people over 65 can register to receive a call from the town hall during heat waves.

At the same time, some town halls, such as Alfortville, are opening air-conditioned communal halls.

But the interest of this measure is relative. “I could count on the fingers of one hand the number of people who enter,” jokes Luc Carvounas.

Leaving the air conditioning in the halls of the town running is counterproductive, also assures Danielle Valero, first assistant of Evry-Courcouronnes (Essonne).

"When it's hot, people go to shopping centers," says the elected official responsible for the ecological transition.

In Evry-Courcouronnes, as in many new towns, the temperature in certain residential areas becomes unbearable during heat peaks: 7 degrees separate a schoolyard protected by trees from a square in the middle of the large Pyramids complexes, according to the chosen one.

“The roofs and terraces of buildings should be greened,” pleads Ms. Valero.

But she regrets that "for landlords, it's expensive, and they risk passing on the cost of the installations to the tenants' bills."