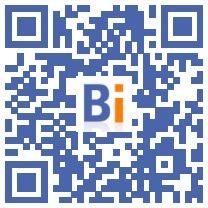 In its report on the future of electricity in France, the RTE network manager proposes several scenarios for production and the evolution of consumption, outlining the main possible "paths".

Consumption on the rise

For French consumption, RTE uses the reference scenario of 645 terawatt-hours (TWh) in 2050, an increase of some 35% compared to the current period.

It presupposes a "progressive" electrification of uses and a strong ambition for energy efficiency.

But RTE is also imagining a trajectory based on "sobriety", where consumption would only reach 554 TWh. It assumes a change in lifestyle: more teleworking, less consumption of goods and less individual trips.

This is the scenario favored, for example, by the environmentalist presidential candidate Yannick Jadot.

Conversely, a strong reindustrialisation of France and an accelerated development of hydrogen production could result in even greater electricity consumption (754 TWh), according to RTE.

Of the six scenarios that imagine the future of electricity production, three are without new nuclear reactors.

The first scenario is 100% renewable in 2050: it assumes a total phase-out of nuclear power with a rate of development of photovoltaics, wind power and marine energies "pushed to their maximum".

In a report published at the end of January with the International Energy Agency (IEA), RTE had already concluded that it was technically feasible, provided it met a series of strict and cumulative technical conditions.

The Minister for the Ecological Transition Barbara Pompili, a longtime nuclear opponent, hailed a "Copernican moment".

Two other scenarios without new EPRs retain a share of nuclear power from existing reactors. One is based on the development of large parks, in particular wind farms, the other on a "diffuse" distribution with a lot of solar, especially on the roofs.

The latter is the most costly scenario for France.

The last three production scenarios imagine the launch of new new generation reactors (EPR2), associated in all cases with an increase in renewables.

Two of them imagine a minority but significant share of nuclear in the French mix in 2050, with 8 EPRs or 14 new EPRs respectively launched.

"A scenario conserving a significant nuclear production capacity associated with a significant development of renewables is likely to limit the risk of non-achievement of climate objectives", underlines RTE.

Another advantage of the construction of new reactors: it is a "relevant" choice from an economic point of view even if this advantage is subject to the ability to access competitive financing.

A final scenario finally imagines 14 EPRs plus small reactors and the extension of part of the existing fleet beyond 60 years, making it possible to still have 50% of nuclear power in 2050. RTE underlines the technical challenge that this last choice would pose. , with many associated uncertainties.