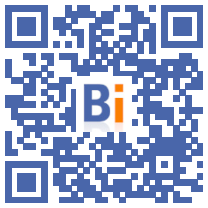 The share of renewables in energy consumption in Germany fell in 2021, for the first time since 1997, as the new government led by Social Democrat Olaf Scholz aims for an ambitious target of 80% by 2030.

Solar panels, wind and other renewable energy sources accounted for 42% of energy consumption in Europe's largest economy, after reaching 45,3% in 2020, according to a statement from the public agency of the UBA environment, released this week.

In question, a "global consumption having increased", in a context of economic recovery, while the production of renewable energies has "fallen by 5%" over one year, indicated the organization.

Wind power, which represents "half" of all renewables in Germany, suffered a very significant setback, of 11%, due to the lack of wind, "particularly in the first quarter", he detailed .

Solar energy consumption has meanwhile "only increased by 1%", despite the commissioning of "many new installations", due to "less sunny weather" than in 2020 in the country.

The only progress: the 9% increase over one year in the consumption of renewable energy for heating, according to the UBA.

In total, energy from sustainable sources represented a total of 2021 billion kWh in 237, compared to 250 billion kWh last year.

These figures are published a week after the new German government led by Social Democrat Olaf Scholz took office, along with the Liberals and the Greens.

This composite coalition intends to meet Germany's objectives in terms of ecological transition, with 80% renewable energies by 2030.

The government is also committed to both phasing out nuclear power, from 2022, and coal, in 2030.

However, the 80% mark "cannot be reached at the current rate of development" of infrastructure, warned Dirk Messner, president of the UBA, quoted in a press release.

"We need measures that can be implemented quickly in the coming years to build more wind and photovoltaic installations," he added.