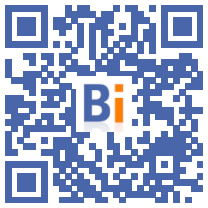 The share of fossil fuels in global energy consumption is as high as it was ten years ago, when that of renewable energies has increased only slightly, underlines the REN21 network in a report published on Tuesday.

Fossil fuels (coal, oil, gas), sources of most of global warming, still represented 80,2% of final energy consumption in 2019, against 80,3% in 2009, points out this network of experts. dedicated to renewables.

At the same time, the share of renewables (which grew by around 5% annually) increased from 8,7% to 11,2% of the total, amid growing global energy demand, this global report says. 2021.

Within the G20, four states, plus the EU, had set targets for the deployment of renewables in 2020 including all uses and sectors (electricity, transport, heating, cooling, industry): Germany, Italy, France and Greater -Brittany, these last two struggling to reach them.

"We are a long way from the paradigm shift necessary for a clean, healthier and more equitable energy future," the report stresses.

"With fossil fuel subsidies reaching $ 550 billion in 2019 - nearly double the investment in renewables - the promises of climate action of the past decade are turning out to be mostly empty words," said the director of REN21, Rana Adib.

"The year 2020 could have been a game-changer," but post-Covid stimulus plans grant six times more investments in fossils than in renewables.

The electricity sector, on the other hand, has made "considerable progress". Today, almost all new electrical installations are renewable, and more than 256 gigawatts (GW) were added in 2020, beating the previous record by almost 30%.

In a growing number of regions, including parts of China, the EU, India and the United States, it is now cheaper to build wind or photovoltaic farms than to operate existing coal-fired power plants, argues REN21.

“Governments should not only support renewable energies but also quickly decommission fossil fuel power plants,” Ms. Adib insists. "For this, we must make the adoption of renewable energies a key performance indicator for all economic activities, budgets and public contracts. Each ministry should thus have short and long term objectives and plans."