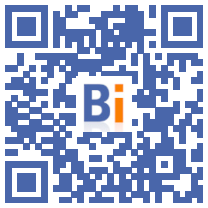 The heads of the senatorial right denounced Wednesday the declarations "inopportune and without legal basis" of the Minister of Labor, Elisabeth Borne, who assured that an employee may well be dismissed if he does not produce a health pass.

In a joint press release, Bruno Retailleau and Hervé Marseille, the presidents of the LR and Centrist Union groups, majority in the Senate, recall that such a provision was withdrawn from the government bill at the initiative of the senators.

"While the government wanted to make the lack of a health pass a real and serious cause of dismissal, the Senate and then the joint committee (Assembly and Senate, Editor's note) removed this too brutal provision from the final text", they write in a joint press release.

The new law, voted on Sunday by the two chambers, "creates a new reason for the suspension of the employment contract for which it does not provide for the possibility of dismissing the employee", continue MM. Retailleau and Marseille.

"It is obvious" that "the legislator wished to exclude the possibility of dismissing the suspended employee for lack of vaccination or presentation of the health pass", he still underline, whereas "conversely, the text of the government covered this case entirely and weakened the employees ".

For the two leaders of the senatorial right, the law finally adopted as amended "is clear and one cannot reasonably doubt the application of it by the judges".

"The recent declarations of ministers Elisabeth Borne and Agnès Pannier-Runacher (Industry, Editor's note) point to a desire for revenge on the backs of employees", an "unprecedented contempt for Parliament" and a "desire to divide our society a little more", they castigate.

"The lack of vaccination or the lack of presentation of the health pass is a cause of suspension of the employment contract, certainly no dismissal", summarize the two parliamentarians to "reassure the employees".

Ms. Borne said Tuesday on BFMTV / RMC that "employees should not be led to believe that there can be no dismissal" after the vote in Parliament. Dismissal will remain possible but will fall under the "common law of the Labor Code", she added.

In an interview with Les Echos posted online Wednesday evening, the minister assures us that her "objective from the start is to avoid at all costs leading to layoffs" and that it is in particular "for this that after three days of suspension of the employment contract for lack of a pass, an interview between the employer and the employee is planned. And that the possibilities of taking leave, RTT, teleworking or temporary reclassification, when it is necessary, should be examined. possible".

"I trust employers and employees to find a solution", she insists, assuring that the government will be "very vigilant, in connection with the social partners. If we find difficulties or abuses, it would be necessary then that we framed things, ”she admits.