The Senate will adopt an enriched text of the decentralization bill 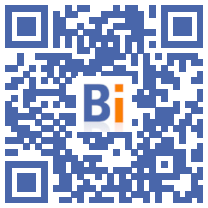 The Senate dominated by the right-wing opposition is preparing to adopt the draft law on decentralization at first reading on Wednesday, which grants new powers to communities and was considerably expanded during the two weeks of debates.

Given for buried at the start of the year due to a busy legislative calendar, the 4D text, which has become 3Ds - for differentiation, decentralization, deconcentration and simplification -, carried by Jacqueline Gourault, will take a first step in Parliament.

But it remains to find a place on the agenda of the National Assembly for the start of the school year, the office of the Minister of Territorial Cohesion still counting on a final adoption before the end of the five-year term.

The bill, which responds to a request from Emmanuel Macron, aims to offer territories "the means to be more dynamic, more agile in the face of the main challenges they face: ecological transition, housing, transport. as well as health and solidarity ". For Ms. Gourault, it should help "breathe life into our democracy".

But like the communities, the senators found precisely that it was short of breath. In committee, then in the hemicycle, they worked to enrich it, within the limits allowed by parliamentary rules, binding in financial matters. The initial 84 articles were inflated to over 200 as the discussion progressed.

"This text is characterized by extreme shyness while having the merit of being a thread, however tenuous it may be, so that the wisdom of the Senate is fully expressed", announced the centrist co-rapporteur Françoise Gatel, before the kick-off of the debates.

The senatorial majority relied in particular on the 50 proposals presented last summer "for the full exercise of local freedoms".

At the end of two weeks of examination of often very technical provisions, the entourage of the Minister welcomes "the very constructive state of mind" of the Senate and judges the text modified by the Chamber of the Territories "generally quite online "with the positions of the government.

The cabinet welcomes in particular the "balance" found on the "sensitive" subject of social housing. With flexibility for the mayors, the Senate validated the perpetuation of the SRU law obliging certain municipalities to have a minimum number of social housing.

In the transport component, it authorized the transfer of roads from the national network to the departments, but the experiment of transfer to the regions was postponed. A rejection attributed by the minister's office to a "confusion during the vote" by a show of hands, to which the Senate should return on the occasion of the second deliberation requested by the government.

The Senate has again given the green light to the experimentation of a recentralization of the Revenu de solidarité active (RSA), which responds to a request from the Departmental Council of Seine-Saint-Denis, plagued by financial difficulties in the face of the influx of beneficiaries.

Several points of divergence have nevertheless emerged with the government. The senators thus entrusted the competence of the public employment service to the regions, a provision to which the minister opposed. Similarly, the ministry does not want a joint presidency of the board of directors of the regional health agencies (ARS) shared between the regional prefect and the president of the regional council.

The "dialogue" should continue in the rest of the shuttle on other areas of disagreement. Deeming it unfinished, the senators thus deleted the article granting, on an experimental basis, to the presidents of regional and departmental councils, the power of instruction on the management personnel of middle and high schools.

They put on the table the issue of school medicine, which the departments are asking to be transferred to them.

The left has expressed its opposition to several social provisions, introduced by the right-wing senatorial majority, such as the possibility for the president of the Departmental Council to directly request supporting documents from RSA beneficiaries.

Social housing, RSA: the main measures of the text