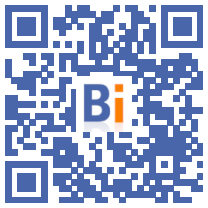 Better regulate access to agricultural land in the face of the appetites of investment companies: the Senate validated on Wednesday evening at first reading the main principles of a proposed LREM law, but with flexibility, in particular the surface threshold considered excessive .

Deputies and senators will try to agree on a common version of the text in a joint committee, failing which the National Assembly, which adopted it at first reading at the end of May, will have the last word.

On all the benches, the senators regretted that the government did not present "a big land law", promise of Emmanuel Macron.

For the Minister of Agriculture Julien Denormandie, the bill "constitutes a decisive and necessary step". It sends "a signal of hope" in favor of the installation of young farmers, he said, regretting, however, that the Senate went "further" than the government wanted on exemptions.

"Concentration is not an evil in itself, no more than corporate ownership. It is the disproportionate size of farms and land speculation that must be combated", defended the rapporteur in the Senate, Olivier Rietmann (LR) .

The text provides for subjecting to administrative authorization transfers of social titles that lead to the takeover of companies holding or operating agricultural land in order to fight against excessive concentration or land grabbing. “Significant expansion” thresholds will be set by the regional prefects.

The Senate validated this article which constitutes the heart of the text, but with "a desire to territorialize, refocus and supervise the control system". It thus revised the “significant expansion” threshold, which would be between two and three times the average regional useful agricultural area (Saurm), against an interval between one and three times in the initial text.

With regard to exemptions, they have notably widened intra-family transfers up to the 4th degree inclusive (instead of the 3rd degree), which makes it possible to include first cousins.

The left was not convinced by this text. The ecologist Joël Labbé judged it "largely insufficient". "He will not fight against excessive concentrations," said Christian Redon-Sarrazy (PS), deploring his "liberalization" by the senatorial majority.

Chambers of agriculture, SAFER (Land development and rural establishment companies) and FNSEA and Young Farmers unions had called on the Senate to "reinforce" the work of the deputies. "This emergency law will be a valuable tool to deal with a phenomenon that is eating away at our agricultural model," they said in a joint statement.