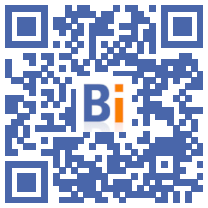 While the Government intends to raise the ceiling for regulated access to historical nuclear energy (Arenh) by 20 terawatt hours (TWh), the Senate's Economic Affairs Committee has expressed its questions about the Government's overall strategy in the face of to soaring energy prices.

The committee regrets that the Government did not anticipate this price surge, rejecting, at the time, the observation made by its "Energy" rapporteur Daniel Gremillet, in its recovery plan in June 2020 and its budgetary work last November .

The commission emphasizes that the "tariff freeze" announced a few weeks before the first round of the presidential election is a short-term measure, which will weigh on all energy suppliers and will ultimately affect consumers, both individuals and professionals, from 2023.

The raising of the Arenh ceiling, associated with the limitation of regulated electricity sales tariffs (TRVE), represents a loss of 8 billion euros for the EDF group. As far as it is concerned, the reduction in the domestic tax on final consumption of electricity (TICFE), to its minimum level provided for by European law, from 1 February next, could represent 8 billion euros for the State.

For Sophie Primas, President of the Economic Affairs Committee: “We spend urgently for electoral reasons 16 billion on purely temporary measures without an overall strategy. How to finance major structural projects, such as new nuclear or the energy transition, in view of such heavy short-term expenditure? »

This increase comes at a time when the EDF group, burdened with a debt of 42 billion euros, must finance colossal investments: the Grand carénage (49 billion euros from 2014 to 2025), new nuclear power (46 billion euros for the possible construction of three pairs of EPR), the energy transition (10 billion euros annually), or even the purchase of nuclear turbines (1 billion euros). This situation, to which are added the uncertainties on the scale, the calendar and the financing of the construction of new nuclear reactors, severely weakens the French energy company.

The committee regrets that the Government has not provided structural responses to the surge in energy prices. This outbreak does not only concern electricity or gas, but also fuels and combustibles, the prices at the pump of gasoline exceeding 1,68 euros per liter and diesel 1,62 euros, according to the Government. It does not only concern energy products, but also raw materials, starting with precious metals, which are essential to the energy and digital transitions.

For Daniel Gremillet, president of the “Energy” study group: “I regret that the measures announced by the Government to remedy the surge in energy prices are taken in fits and starts, with a lack of anticipation, evaluation and consistency. Because this surge in prices, at the end of the Covid 19 crisis, had been predicted by many economists! »