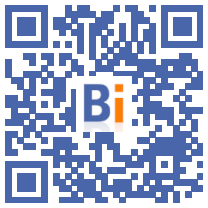 On Wednesday, November 23, the Senate opposed the two-year postponement of the timetable for reviewing the rental values ​​of residential premises, which serve as the basis for calculating local taxes, in particular property tax.

The finance law for 2020 had provided for the implementation of their revision from 2023 for consideration in 2026 in the tax bases.

The government has retained in the finance bill for 2023, considered adopted by the National Assembly at first reading, a MoDem amendment shifting this calendar by two years, i.e. taking it into account from 2028.

“Local elected officials are however waiting for the modernization of their taxes”, underlined the general rapporteur of the budget in the Senate, Jean-François Husson (LR).

"We've been talking about this revision for years, if someone doesn't get started one day, it will never happen," said Roger Karoutchi (LR).

The Senate, on the other hand, recorded the two-year postponement of the updating of the rental values ​​of professional premises, which is encountering technical difficulties. Initially scheduled for 2023, this update should therefore take place in 2025.