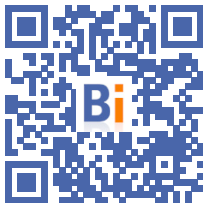 The Senate with a right-wing majority adopted Wednesday, January 26 evening at first reading a reform of borrower insurance cut from its flagship measure, the possibility of changing it at any time, but expanded with new provisions on the health component.

With these important changes, the bill "for fairer, simpler and more transparent access to the borrower insurance market" was passed unanimously by the votes cast. LR, centrists, PS and Independents voted for. The RDPI groups with a majority En Marche, CRCE with a communist majority, RDSE with a radical majority and the environmental group abstained.

Led by MP Patricia Lemoine (Agir group) and supported by the government, its objective is to introduce more competition in the banking sector, in a position of strength in this area (88% market share), and that of insurance , in order to reduce costs for the consumer.

But the Senate challenged the heart of the text, the possibility of changing borrower insurance, free of charge, at any time, and no longer only on the anniversary date.

The French Banking Federation hailed AFP "a choice of common sense" by the senators and praised the "balance" found by the upper house "between competition, individualization and pooling".

“I am extremely disappointed,” reacted Eric Maumy, president of the April group and member of the Association for the Promotion of Competition in Creditor Insurance. "Termination at any time is the only effective measure to allow the 7 million French people (with current credit, editor's note), especially the most fragile, to compete and make substantial savings," he said. he thinks.

In the hemicycle, the discussion was lively. “Why have you emptied this progress of its substance?” questioned Minister Jean-Baptiste Lemoyne, praising “a measure that would not cost the State one euro”. "It's purchasing power, and in addition we don't burn the cash register," he quipped.

"Simplicity, common sense, is termination at any time," supported Emmanuel Capus (Independents), while environmentalist Daniel Salmon suggested that the position of the senatorial right responded "to the banking lobby".

"We do not work here for lobbies," reacted the chair of the Economic Affairs Committee Sophie Primas (LR).

Since 2010, the Lagarde law allows borrowers to opt for another insurance than that offered by their bank. And several other laws have then already worked for more competition, in particular allowing customers to change insurance every year, but alternative insurers accuse the banks, which hold the majority of the market, of obstructing.

Criticizing "false information" and "caricatures", the rapporteur for the text in the Senate Daniel Gremillet (LR) affirmed that "competition already exists in this market and works well".

According to him, the new system would not create new savings, but would risk penalizing the elderly and fragile public.

The Senate has instead planned to strengthen the information of the insured on the current law. The concept of "expiry date", from which the period during which the insured is authorized to terminate is calculated today, would be clarified.

Right to be forgotten

The Senate has also rewritten the health section of the text.

The senators have thus planned to remove the medical questionnaire for home loans of less than 350.000 euros which expire before the borrower's 65th birthday.

If the rapporteur praised "an unprecedented advance", Mr. Lemoyne warned against "easy solutions sometimes attractive at first sight but which can have the opposite effect to the desired effect".

The upper house has again adopted an amendment aimed at directly enshrining in law the reduction of the "right to be forgotten" period from ten to five years for cancers, to extend this "right to be forgotten" to chronic pathologies and to abolish the borrowing ceiling for people benefiting from the AERAS agreement (Insuring and Borrowing with an Aggravated Health Risk).

The text adopted by the National Assembly only called on the signatories of the AERAS convention to work on these developments.

"We need the law to move forward today," said Rémi Féraud (PS). "Put the human in the texts that we vote on, it's important", added the LR president of the Social Affairs Committee Catherine Deroche.

Deputies and senators will now try to reach an agreement on a common version of the text in a joint committee. If they fail, the National Assembly will have the last word.