The Senate defends the wage guarantee scheme during business bankruptcies 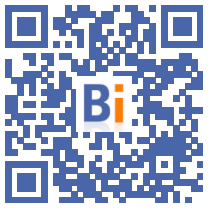 In a threatening economic context, the Senate dominated by the right-wing opposition adopted on Tuesday a motion for a resolution by the president of the LR group Bruno Retailleau calling on the government to preserve the current wage guarantee scheme in the event of a company going bankrupt.

The text, which has no binding value, was voted overwhelmingly from right to left of the hemicycle, only the majority RDPI group En Marche voting against.

"We wish to send a strong signal of support to the employees of our country hard hit by the health crisis and its economic consequences (...), we also wish to send a warning signal to the government so that it does not distort the regime current, "said Pascale Gruny (LR).

This text "reflects a real concern, reaffirms a real attachment to a pillar of our social tradition and renews a common objective, to maintain this social shock absorber", affirmed the centrist Jean-Pierre Moga.

The Association for the Management of the Employee Claims Guarantee Scheme (AGS) ensures the payment of the salaries of an insolvent company before being partially reimbursed at the end of the collective proceedings (reorganization or judicial liquidation, etc. ).

According to the AGS and the authors of the motion for a resolution, the future of this "unique in Europe" regime is threatened by a reform project aimed at transposing a European directive on the restructuring of companies.

They fear a demotion of the AGS in the list of creditors of the company, which would put the employees "after other creditors and in particular the legal representatives and the banks".

Matignon indicated at the end of April that he would finalize his reform project by the summer "on the basis of the recommendations of the report" submitted by the former Commissioner General for Investment René Ricol.

"The government will largely follow the recommendations of René Ricol", confirmed the Minister of Labor Elisabeth Borne before the senators, stressing that "first of all, it is clearly necessary to reaffirm the super privilege of the AGS and to maintain its rank of debt".

The motion for a resolution also calls on the government "to consider opening specific protection to guarantee the wages of self-employed workers hard hit by the crisis".