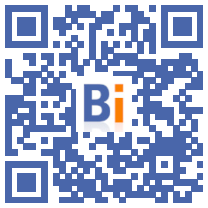 The Climate-Resilience law has made the protection of soils and environments a priority for public action, in the face of the strong dynamics of consumption of agricultural, natural and forest areas. It implies taking better account of the environmental consequences of construction and development actions – the artificialization of soils – without neglecting the needs of the territories in terms of setting up businesses, housing or even infrastructure. .

Ambitious targets for reducing land take have been set by law in order to increase the economic and environmental resilience of the territories. Nine months after the adoption of the text, the local authorities are already fully committed to translating, within their town planning and development policies, the ambition of land sobriety and soil protection carried by the Climate-Resilience law. Before the cascading modification of intermunicipal and municipal planning documents took place, a first wave of revision of the regional development, sustainable development and territorial equality plans (SRADDET) was launched at the end of of the year 2021.

In their role of monitoring the action of the Government and the application of laws, alerted by certain communities, the senators nevertheless echoed several questions about the concrete implementation of the objective of "zero artificialisation clean”. Implementing decrees calling into question the balance of the law; variable instructions from State services; need to rethink, within tight deadlines, all territorial policies; insufficient tools for measuring land take... So many challenges that call for a rapid and constructive response from the State and, perhaps, from the legislator, to ensure that local authorities are supported by State services and the proper consideration of the difficulties of each territory.

The Senate is therefore launching, on May 19, 2022, an online consultation of local elected officials, aimed at collecting a large number of concrete testimonies on the implementation of the "fight against artificialisation" section of the Climate-Resilience law. From the evolution of town planning documents to the impact on building permits, through the means available to elected officials to enhance wasteland or "deartificialize" soils, the online questionnaire will allow all local authorities to inform the Senate of their difficulties and forward their suggestions.

This approach could lead, at the end of the consultation, to a bill aimed at better articulating the deployment of an ambitious and concerted land sobriety policy throughout France.

The online consultation, open until Monday, June 27, 2022, is available at this address.