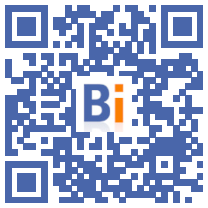 On May 12, the Senate Economic Affairs Committee heard from Emmanuelle Wargon, Minister Delegate to the Minister for Ecological Transition, with a view to the Senate's examination of the “Climate-Resilience” bill.

The Minister presented the "Housing" component, which includes two subjects: the energy renovation of buildings and the fight against the artificialization of soils.

Sophie Primas, President of the Economic Affairs Committee, recalled that it was necessary to live up to the ambition and succeed in the massification of housing renovation, this sector representing 27% of greenhouse gas emissions in our country. country according to the Environment and Energy Management Agency (ADEME).

Dominique Estrosi-Sassone, rapporteur on the renovation part, pleaded for greater legibility of the law, a clear and ambitious definition of efficient renovation, for broad access to renovation aid, free support, deductibility of works for lessors and portability of works funds between successive co-owners.

The Economic Affairs Committee will ensure that the "Housing" component, the cornerstone of the bill, is up to the achievement of the objective of carbon neutrality by 2050 and makes it possible to support all households and local authorities in the ecological transition.

According to Sophie Primas, president of the Committee on Economic Affairs, “We must not neglect the question of the acceptability of the measures taken to reduce our greenhouse gas emissions. This forces us to think about all the possible consequences of these measures, to take the time to involve all the stakeholders from the drafting phase of the law. This time is necessary because the ecological transition will be done in an inclusive and gradual way or it will not happen ”.