The work of securing Notre-Dame de Paris has been completed 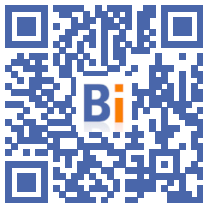 The safety of Notre-Dame de Paris cathedral, devastated more than two years ago by a fire, has been completed and the restoration of this flagship of world-famous Gothic architecture begins with the objective of its reopening in 2024, have announced those responsible for the operation on Saturday, on the occasion of heritage days.

"We are completing this phase (...). It means that the cathedral is solid on its pillars, its walls are solid, everything holds. And therefore we can resolutely move towards the course of 2024", launched General Jean-Louis Georgelin, president of the public establishment responsible for rebuilding the cathedral, in a speech on the square of the building.

"We are determined to win this battle of 2024, to reopen our cathedral in 2024. It will be the honor of France to do so and we will do it because we are all united on this objective," he added, saluting the staff and companies "who have worked hard to achieve this result".

"I am particularly happy with this day, which marks a milestone, a crucial stage", declared Philippe Villeneuve, chief architect of historical monuments. "We have already anticipated reconstruction work in the context of security," he said.

The securing phase included in particular the dismantling of the scaffolding which was in place during the disaster for the restoration of the spire, ie "40.000 parts entangled by the fire", underlined General Georgelin.

The great organ has been removed and its 8.000 pipes sent for cleaning and repair to organ builders throughout France. It must be reassembled "in October 2023" according to the former chief of staff of the armed forces, appointed by President Macron to lead the reconstruction efforts.

Were also carried out during the securing phase "of the cleaning test sites in two chapels, the installation of wooden hangers under the flying buttresses or the clearing and sorting of the remains and the securing of the crossing of the transept", specifies the public institution in a press release.

Calls for works will now be launched to select the companies that will take part in the restoration project and "a campaign to thoroughly clean the interior walls and floors of the cathedral begins this month".

Rare AFP footage filmed this week using a drone inside the damaged cathedral shows the nave under construction, with a huge scaffolding rising from the transept to the smoky roof then stretching under a vault of the nave, in preparation for the reconstruction of the roof and the spire.

Other images show the "umbrella", a sort of huge white tarpaulin stretched over a metal frame to protect the interior of the building.

On the occasion of heritage days, a "craft village" open to the public has been set up, presenting the different specialties involved in this titanic site: archaeologists, restorers of sculptures, paintings or stained glass, carpenters, scaffolders or even rope access technicians.

Emmanuel Macron had promised that the cathedral would be rebuilt in five years. The site will not be completed within this period. On the other hand, the monument must be returned to worship by April 16, 2024, the day when a mass must be celebrated again in the nave, five years exactly after the disaster which had started on the evening of April 15, 2019 and had devastated this Parisian symbol for a long night.