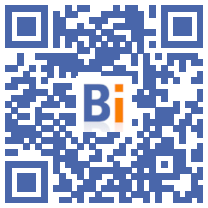 The second largest photovoltaic plant in France, installed in the Meuse on a former NATO air base, will start supplying electricity to the grid on Saturday: it will eventually produce enough to meet the needs of 23.000 inhabitants.

Along the runways that once housed fighter planes, on this former base used by the Canadian armed forces, solar panels now extend as far as the eye can see: around 364.000 solar modules are installed over an area of ​​155 hectares.

Two companies share the premises, TSE and Enerparc. The first will "begin to gradually integrate energy into the grid from Saturday, and will operate in its entirety from June 1," said a spokesperson.

The other half of the plant, managed by Enerparc, is a little behind schedule and will in turn come into service in September.

"With an installed capacity of 152 MWp (Megawatt-peak), the plant will generate a total production of about 156 Gigawatt hours per year, or the equivalent of the annual consumption of 23.000 inhabitants," said TSE in a press release.

The two companies have invested a total of 80 million euros in this project, in equal parts.

Particularity of the installation, "TSE has delegated the management of the grassed areas to a young local sheep farmer in organic farming who was able to set up thanks to this project", the company further indicates.

Concretely, it is therefore his sheep that will weed the lawns at the foot of the solar panels.

"Several elements mean that we can only be delighted with this project", underlines Eric Dumont, president of the community of communes of the Pays de Montmédy, owner of the land.

"In terms of energy transition, it is an excellent contribution: the second photovoltaic plant in France is not nothing. And it allows us to control a military wasteland, which is not easy to manage", adds the elected who oversees 25 municipalities for a population of 7.300 inhabitants.

Mr. Dumont also insists on "the double ecological aspect", with the installation of the young shepherd, and part of the old base also converted into a small ornithological reserve for the protection of the sparrow.

Eric Dumont also evokes "the attractiveness that it can bring on the territory" and explains that its inhabitants are favorable to the project: "The installations have no visual impact, it is not like wind turbines, it is discreet".

The community of municipalities will receive 375.000 euros in annual rent for the provision of the land.

In addition, as the solar panels are installed on the surroundings, the runway and the taxiways of the old base will remain operational. The runway "is more than 3 kilometers long, it could accommodate large aircraft, even if this is no longer its vocation", notes Mr. Dumont.

It will therefore be the small planes of the local flying club, and microlights that will benefit.

The largest photovoltaic solar power plant in France remains that of Cestas, in Gironde, managed by the company Neoen, with an installed capacity of 300 MWp.