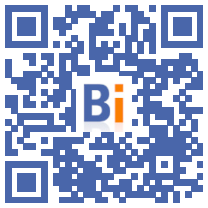 Moving a coastal campsite or a salt-meadow lamb farm inland: "strategic withdrawal" projects are beginning to see the light of day facing the sea which nibbles the coasts, but the money is lacking to finance this major move, which is nevertheless inevitable with climate change.

"We decided to relocate our campsite", currently 50 m from the shore, "here 700 m from the sea to avoid the floods which have bruised this campsite and to take into account climate change, the retreat of the coastline", explains Jean-François Bloc, mayor for 34 years of Quiberville (Seine-Maritime), a seaside resort which has 2.500 inhabitants in the summer. Behind him the diggers are busy on the ground of the future "nature campsite" announced for the summer of 2023.

This "strategic retreat" into the land in the face of the greatest risks of submersion has been advocated for ten years by the State, after decades "where we concreted almost everywhere", and thus accelerated erosion, according to a senior official. Storm Xynthia in 2010 marked a turning point.

The implementation of this "relocation" remains "very rare", underlines Stéphane Costa, scientific referent of the national strategy for the management of the coastline.

For him, it is "urgent" to act. By 2100, sea level is expected to rise by about one meter. And "at least 50.000 homes" should be affected in France by erosion and the risk of submersion, according to the Ministry of Ecological Transition.

The retreat of the coastline, the mayor of Quiberville is more than aware of. He has just expropriated for destruction a house on the edge of a cliff. It is neither the first nor the last. And the campsite on the edge of the beach, the economic lifeblood of the town, was flooded several times in the 2000s. The town is no longer allowed to leave caravans there in winter.

"In 1999, we had 140 caravans floating. In 1977, I saw the sea break the road. The pieces of concrete jumped, it was like a bombardment. We can witness that again", underlines Mr. Block.

"For decades, this territory like so many others, fought against nature. Today, instead of building walls, putting pumps, we choose to remove submersible equipment to open the valley to the sea", explains Régis Leymarie, deputy delegate of the Conservatoire du littoral de Normandie, coordinator of the project.

After the campsite has moved, the narrow pipe (1,5 m in diameter) through which the Saâne currently flows into the sea will be replaced by a 10 m long bridge. In 2025, the river will find a wider bed, including the current campsite, and its biodiversity. Campers will no longer have a view of the beach but of the valley reconciled with the river, regularly widened by the sea, according to the mayor who is also a regional councilor.

This move, however, frightens some regulars with modest incomes. They fear that their mobile homes have no place in the future campsite which will go upmarket. "With our small pensions, we will not have the means", worries Monique Delépine, 70, even if the mayor promises "special attention" for the regulars.

Without European funds, no project

And "one day or another, it will (also) be necessary to move" the coastal road "very strongly threatened", warns Mr. Costa.

This project is "a first step", which has already taken 10 years to complete, underlines Nicolas Leforestier the president of the union of the watersheds of the Saâne.

He owed his salvation only to obtaining European funds. The new campsite, valued at 8,7 million euros, was financed around 70% by the EU and 30% by local authorities, according to the Conservatoire.

Because in "France there is almost no money for adaptation to climate change", notes Mr. Leymarie. And "for the moment everyone passes on the hot potato", also believes Mr. Costa.

40 km from Quiberville, Criel-sur-mer is also carrying out a "study to let the sea in". But beyond funding, "the strategic withdrawal, where is it going to take place?", While the artificialization of agricultural land must also be avoided, questions Mayor Alain Trouessin.

In Montmartin-sur-mer (Manche), David Lecordier, a salt-meadow sheep breeder, also got used to the idea of ​​leaving his "idyllic setting that remained a little wild". The Norman saw one hectare of the farm inherited from his parents go to the sea and three others become flooded.

But the price offered to him by the Conservatoire du littoral to buy back his land is far from financing his plan to buy lodgings to accommodate tourists a little further from the shore. The continued rise in real estate prices on the coast "does not help matters", he laments.

"We are not going to go 20 km inland either", where real estate is cheaper but "where tourists do not pass", he argues. And his community of communes has not planned to help him financially.

In total, "the financial impact of erosion is estimated at several tens of billions of euros", according to the National Association of Coastal Elected Officials (ANEL), which "has been waiting for the tools and resources necessary for adaptation to coastal erosion".

Asked by AFP, the Ministry of Ecological Transition indicates that it is "thinking" about the question of long-term financing, which may include the private sector, and underlines that it has released 10 million euros in all for 2021-2024 for Gouville-sur -sea (Normandy), Saint-Jean-de-Luz and Lacanau (New Aquitaine). “If there had been more mature territories, we could have supported more territories”, we are assured.

With the exception of the movement in the land of parking lots in Saint-Jean-de-Luz and an aid station and a shop in Lacanau, the 10 million, even matched by the communities, do not in fact finance any work relocation but only the study of the relocation of campsites, homes, shops, wastewater treatment plant, according to the communities concerned.

In the meantime, Lacanau (5.000 inhabitants) is planning a dike at 30 million euros in co-financing, after having noted "the financial and legal infeasibility" of moving 1.200 homes valued at 300 million euros in 2013.

And Gouville (2.300 inhabitants) has again just invested 650.000 euros in yet another rockfill in the spring on its beach, temporarily authorized by the State, while the administrative justice must soon rule on previous rockfill deemed illegal by the prefect. .