The rumor of a pension reform before 2022 relaunched 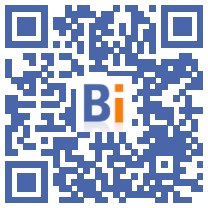 The rumor of a pension reform before the presidential election, mentioned Monday in the press, catches the unions, who repeated last week their unanimous opposition to this project, while the Elysee says that "nothing is arbitrated ".

Test balloon or real intention? According to Les Echos, Emmanuel Macron "would like to abolish special pension schemes and establish the minimum pension at 1.000 euros" before the end of his mandate.

An objective confirmed to the World by "the entourage of the Head of State". Contacted by AFP, this same entourage insists however on the fact that "nothing is arbitrated", when the Elysee formally refuses to comment.

"Effect of electoral announcement", reacts Michel Beaugas, confederal secretary of Force Ouvrière, who sees it above all "of political display to flirt on the right".

Basically, he recalls that all the unions were received last week in Matignon and that "we all said no to a new consultation" on pensions before the presidential election in April 2022.

His counterpart from the CFTC, Pascale Coton, specifies that the Prime Minister, Jean Castex, and the Minister of Labor, Elisabeth Borne, did "speak in a few seconds of the 1.000 euros, but absolutely not of the special regimes"

On the government side, Bruno Le Maire remains on the official line defined in July by Mr. Macron: "nothing is possible as long as the epidemic (of Covid-19) is not behind us", but "already that 'we discuss it, it's not bad,' said the Minister of the Economy Monday on RMC and BFMTV.

In the majority, the general delegate of LREM, Stanislas Guérini, considers however that "decisions will have to be taken in the coming weeks" and that it is necessary now "to put everything on the table and say what we want to do ".

"The pension reform remains essential to carry out", also affirms the president delegate of the presidential party, Aurore Bergé, which puts forward "the determination to show that until the end of the quinquennium we can continue to reform the country".