The rules for granting real estate loans made binding, under penalty of sanctions for banks 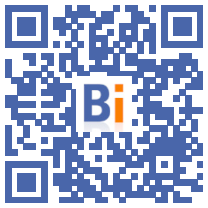 The High Council for Financial Stability (HCSF), which associates among others the Ministry of the Economy and the Bank of France, decided on Tuesday to make binding the rules for granting real estate credit, under penalty of sanctions.

This decision announced Tuesday is hardly a surprise since the High Council for Financial Stability (HCSF), which associates among others the Ministry of the Economy and the Bank of France, had warned last year that its recommendations in the matter were soon to prevail, which will be the case on January 1, 2022.

These rules consist of an effort rate, that is to say the total amount of expenditure related to housing in relation to income, of 35% maximum, a debt period of 27 years at most in certain cases and the possibility of derogating from these criteria for 20% of the appropriations.

These exemptions must concern 80% the acquisition of a main residence and 30% of first-time buyers.

For its part, the maximum duration of 27 years will apply to households which will have, for example, work to be done before being able to move in. They will then have the option of getting into debt over 25 years and defer the start of their repayment by two years.

It is the policeman of the financial sector, the Prudential Control and Resolution Authority (ACPR), who will be responsible for verification and, where applicable, sanctions, based on monthly reports shared by financial institutions.

On average, 20,9% of loans granted by large banking networks do not comply with recommendations, according to the HCSF, which therefore notes that these institutions "now respect this ceiling (of 20%) or are in the process of respecting it. quickly".

Not a lot of people

"We were led to take measures on what was the risk for borrowers" with "loans too long" and effort rates above 35%, defended Tuesday on France 2 François Villeroy de Galhau, Governor of the Banque de France, adding that "household access remains wide to mortgage loans"

Asked by AFP, Laurent Vimont, president of Century 21 France, also relativized the scope of this measure: "it will not concern many people. Credits over 27 years old, today, it does not exist almost more. And then, on the effort rate of 35%, overall, the rules have been respected for years. "

The French Banking Federation indicated that it had taken note of this change, recalling that "banks were responsible for financing their clients' projects" and that they would continue to do so.

Jean-Marc Torrollion, president of the National Federation of Real Estate, fears all the same that the binding character penalizes rental investment "for those who were already in debt".

On the side of brokers, Maël Bernier, Director of Communication at Meilleurtaux, sees a "risk" of "a divide between, on the one hand, the wealthier or older with good savings, and on the other the youngest with of a less important contribution ".

According to the HCSF, however, loan production has remained "dynamic" despite the new granting criteria, with "a robust residential real estate market".

In 2020, 192,7 billion euros in mortgage loans, excluding buybacks and renegotiations, were granted, almost as much as the 2019 record (193 billion euros). As for the first half of 2021, the figures also show sustained production.

Still according to the HCSF, the distribution by income bracket of these new mortgage loans has remained "stable".