The rise in second-hand housing prices continues in the second quarter, driven by the province 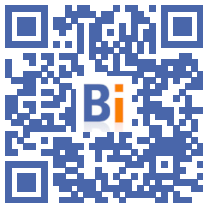 The prices of second-hand housing in France continued to increase in the second quarter of 2021, by 5,9% over one year, driven by an increase in the region, according to the index jointly established by notaries and INSEE published on Thursday.

Prices had risen an average of 6% in the first quarter year-on-year.

While in the region the rise in prices is accentuated (+ 7%), in Île-de-France it is slowing down: Insee and notaries report an increase of 3,1% over the last twelve months, while it was 4,8% and 6,3% previously.

The general rise in prices is also driven by the rise in house prices. As in the first quarter, it is slightly stronger than that of apartments, which has not happened since 2018.

In Paris, apartment prices have been almost stable over the last twelve months (-0,2%), and have fallen for the second consecutive quarter (-0,6% between the first and the second quarter of 2021, after a decrease of 1,1 , XNUMX% previously).

With more than 1,15 million old homes sold between June 2020 and June 2021 in France, the number of transactions increased for the third consecutive quarter and exceeded the peak observed at the end of 2019, before the start of the health crisis.

"The real estate market confirms its dynamism in the second quarter of 2 with a new record for the volume of transactions", commented David Ambrosiano, president of the Superior Council of Notaries, in a press release.