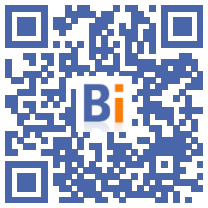 The office rental market, in unprecedented fall since the first confinement in March 2020 in France, continued to decline in the first quarter of 2021, according to the quarterly benchmark indicator Immostat published on Thursday.

"The sluggish start of the vaccination campaign in France and the restrictions (...) in a still difficult health context are delaying the recovery" summarized in a press release the cabinet JLL, one of the members of Immostat.

Between January and March, the total area of ​​offices rented in the Paris region fell by 30%, to 327.400 square meters, compared to the same period the previous year, indicates the quarterly report Immostat.

But excluding from the comparison the "transaction" of Total in the first quarter of 2020 on the "The Link" tower of "126.000 square meters" in the business district of La Défense, the drop in the rental market remains at -4% , nuance the cabinet JLL.

The Immostat assessment, carried out by several major specialists in the sector including JLL, concerns only Ile-de-France, where the bulk of the French market is concentrated.

In addition to the fall in office rentals, another figure testifies to the difficulties of the market for a year, that of the money paid by investors to become owners of commercial real estate.

At 3,2 billion euros invested in the first quarter in the sector in the Paris region, it fell by almost 38% compared to a year earlier, but remains "in line with the average of the last 5 years" notes the cabinet JLL.

"We anticipate a marked upturn in activity in the second half of the year, which should make it possible to achieve an investment volume relatively similar to that recorded in 2020," said Stéphan Von Barczy, from the investment department of JLL.

Over the whole of 2020, the office rental market in the Paris region fell by almost half (-45%), in a context marked by the coronavirus crisis, the massive use of teleworking and several episodes of confinement .

Compared to housing, offices are generally subject to heavier operations and their attractiveness more directly reflects the economic situation.