The "rent shield" validated by the National Housing Council 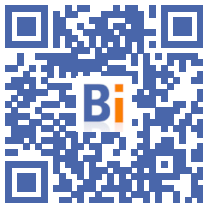 The cap on the rise in rents at 3,5%, "best compromise" according to the government against inflation, was approved on Monday June 27 by the National Housing Council, despite the opposition of tenants' associations which see it as an "untenable position".

While the question of purchasing power is essential in the debates, the device of the "rent shield" by the government will be registered in the amending finance bill, to be voted this summer by the Parliament.

It must last one year and is intended to be "a fair measure which protects the purchasing power of tenants and owners who must continue to invest in the energy renovation of their homes despite inflation", according to the Minister for the Ecological Transition and of Territorial Cohesion, Amélie de Montchalin on Twitter.

In the morning, the Minister of the Economy Bruno Le Maire had described this measure as "the best compromise for all". This "enables us to guarantee that we will continue to build", he pleaded on BFM-TV.

While the benchmark rent index could reach around 5,5% by the end of the year and be even higher during the first half of 2023, if the measure applied rents could at most increase by 3,5%, for one year.

Invited to comment on this system, the National Housing Council (CNH), a body bringing together housing stakeholders, validated it on Monday afternoon.

Temporarily controlling the rise in rents is a "reasonable" approach, "we consider that everyone is making an effort", reacted Jean-Marc Torrolion, president of the National Real Estate Federation (Fnaim). "The bet is reasonable", according to him, "the time that inflation decreases and it will make it possible to cushion the effects of inflation over this exceptionally painful period" and will make it possible to respond to the "enormous challenges of energy renovation".

It also complements the ban, starting in August, on indexing the rent of F and G-class thermal sieves or increasing them when renewing the lease, underlines Mr. Torrolion according to which nearly 1,4 million housing units are concerned.

Tenant organizations within the CNH, on the contrary, opposed the "rent shield" system, seeing it as "an untenable position in the long term".

"We call on the government to review its copy", reacted Alexandre Guillemaud, project manager at the National Union of Independent Tenants (Unli) who "is concerned about the future risks of unpaid rent from tenants who would not have plus the financial means to pay their increased rent to which it will be necessary to add a slippage in rental charges (gas, electricity, heating, etc.).

The minister is due to receive tenant associations on Tuesday, June 28, to present her measure to them and argue that a freeze on undifferentiated rents would have notably "penalized a modest owner who lives off the rental of his property to supplement his retirement (...) ".

"Intermediate landlords do not need rent to live", retorts Mr. Guillemaud, also dissatisfied with the revaluation of personalized housing aid (APL) which "does not sufficiently follow inflation".

The APL must increase by 3,5% on July 1, which for the state budget would represent an additional expense of 168 million euros, according to sources at the Ministries of Economy and Ecological Transition.

In terms of rents, legally, the framework will apply from October 15. But in fact, the rate that will apply between July 15 and October 15 will be very close to that retained by the government and therefore the shield will be active from mid-July, says the Ministry of Transition. Ecology and Territorial Cohesion.

To respond to the problem of purchasing power, the government must also present its purchasing power bill within 10 days, a package not yet quantified which must be added to the measures already in place since the fall. last (energy voucher, inflation allowance, tariff shield on energy, etc.).