The rent framework must be mentioned on the real estate advertisements 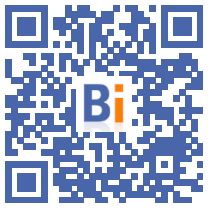 The real estate advertisements for the rentals of housing subject to the rent control will have to mention it, indicated the Minister for Housing, Emmanuelle Wargon.

"We will take a decree by the end of the year, with the Ministry of Finance, to make compulsory on real estate advertisements the mention of the rent control", declared on franceinfo Mrs. Wargon, questioned on the share important announcements that do not fit the nails of the framing.

According to a survey published in January by the consumer association CLCV, 40% of advertisements for housing in Paris were therefore non-compliant.

The rent regulations prohibit landlords from asking tenants for an amount greater than a given sum, which varies depending on the neighborhood depending on the state of the market. It applies in areas of more than 50.000 inhabitants "where there is a marked imbalance between housing supply and demand".

Provided for by the Elan law of 2018, the ceiling on rents only concerned Paris and Lille until June 1. It was extended on that date to nine cities of Seine-Saint-Denis in the Parisian suburbs, and at the beginning of September to the metropolises of Bordeaux, Montpellier and Lyon.

The Ministry of Housing, however, rejected the application for the device of several cities in the southern suburbs of Paris, as well as Grenoble.