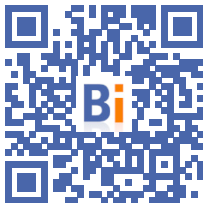 Two years after the announcement of the first confinement, KONE unveils the expectations and concerns of the French towards their residential building with an unprecedented survey conducted by the YouGov institute with more than 3.000 respondents. Coming out of the health crisis, the relationship of the French to their housing seems to bear the traces of two years of upheaval.

The results thus reveal that the inhabitants of the building aspire to a "cocoon" environment, more protective, more service-oriented, where movement and exchanges are fluid. For their future, the French are projecting themselves above all into a more eco-responsible building and see technology as a lever to make their living space more resource-efficient, intelligent and cooperative. In the light of these lessons, KONE, a leader in mobility in cities, expresses the need to accelerate innovation and cooperation between real estate players, in the service of sustainable and intelligent building.

Key figures from the YouGov / KONE study at a glance:

The three priorities of French people living in a building

The ideal building of tomorrow for the French

Hygiene, safety and conviviality: priorities that bear the mark of two years of health crisis

According to the YouGov / KONE study on the French and their building, hygiene and cleanliness are the first concerns of people living in collective housing. Cleaning done regularly, compliance with barrier measures are chosen by 95% of respondents – out of seven response options – as important criteria for living well within the condominium. Among them, 61% even consider this criterion as “very important”. Probably exacerbated by the health crisis, this concern exists more particularly for those over 55 who say 98% pay attention to hygiene and cleanliness.

Respondents place security in second place among their concerns, with regard to access to the building and common areas: in total, 2% of respondents consider it important, including 94% very important. It is especially among women and those over 64 that this criterion makes a strong impression: in these two categories, 55% describe it as “very important”.

For Cédric de la Chapelle, modernization director of KONE France and specialist in the residential segment: “Successive confinements, social distancing, health instructions, seem to have marked the French in their relationship with their building: they are above all looking for a secure and protective living environment. We can speak of a “cocoon” building, especially since a good number of respondents also aspire to more conviviality. Beyond the economic situation, these expectations have become structural and must be taken into account in the way we, building professionals, design and equip residential buildings. »

For 79% of building residents, the organization of events and good relations with the neighborhood within the building are important. This need for conviviality is expressed in priority among those over 55 (85%) compared to 18-24 year olds (61%).

While health and safety are the basis of French people's expectations, other criteria appear to be necessary to facilitate daily life and good living together. This is the case for the proper operation and maintenance of equipment, such as elevators, heating or intercoms. 94% of people living in a building consider this criterion to be “important” (including 63% “very important”). In addition, good information on the life of their building is at the heart of the expectations of French people living in collective housing. Thus, 87% of respondents believe that being well informed about everything concerning their building is important: dates of work and meetings, special events such as a water cut, etc.

Finally, accessibility for all is favored by 78% of respondents. This concern is all the greater for those over 55, who consider it “very important” at 89%. On this question, the lift appears as an essential and necessary piece of equipment to allow everyone to move around within the building. Thus, according to the study, 43% of respondents living in buildings have and use an elevator, an even higher figure for retirees (52%). Conversely, the number of inhabitants with a lift but who do not use it is comparatively low (10%), and mainly concerns young people (17%).

For Cédric de la Chapelle, Modernization Director of KONE France: “The study shows that everything that allows movement and fluid exchanges within buildings is decisive for the inhabitants. This teaching interests me particularly, because flows within buildings are our core business at KONE. These are very often organized around the elevator, which is the backbone of mobility within the building, allowing everyone to move around. It is essential that it functions in an optimal way, it is the goal of a regular maintenance, if possible predictable, but it is also an “obligatory passage”, favorable to the information of the inhabitants. »

New technologies and new services in buildings: more than 1 in 2 French people are interested in them, especially the younger generations

Echoing these priorities, more than one in two respondents (55%) would like their building to benefit from technological innovation. Among those proposed, the use of antimicrobial materials is desired by nearly one in three respondents (31%), quite logically given the expectations related to hygiene, as is the provision of cleaning robots for common areas. , which interests 20% of them. This technological innovation was particularly placed in first position by 25-34 year olds. "A real-time information screen in the hall or the elevator, with notification on my smartphone" is also of interest to nearly a quarter of building residents (23%): work periods, meetings, events, schedules public transport around my building, etc. It is the innovation that most appeals to Generation Z: 35% of 18-24 year olds choose it.

Beyond functional improvements, one in two French people say they are interested in deploying at least one service or new shared space within their building. Chosen by 30% of respondents, the lockers for the delivery of online purchases are positioned at the top. They are followed by a roof garden (29%), a gym (24%), a concierge (19%) or even the presence of a store within the building (16%).

Some disparities in expectations according to the profiles of the respondents should be noted. On average, the over 55s are less interested than other age groups in services and new technologies. Another example, if the provision of a coworking space only appeals to 7% of respondents, we note that these are mainly young people (56% aged 18-34), urban (52% inhabitants of large cities) and from higher social categories (51% CSP+).

For Cédric de la Chapelle, Modernization Director of KONE France: “The connected and service building is on the rise, especially with new generations. With the development of teleworking, most French people have spent much more time at home for two years. That they have more expectations of their residence in terms of comfort, local services and why not new spaces such as a shared garden or coworking, is ultimately very logical. And good news, many things are already possible today thanks to the connectivity of equipment. The robot capable of moving up and down the floors to deliver or clean up is not science fiction! To go further, we must further strengthen cooperation between building stakeholders and work to open up technological systems and data. »

Beyond people living in collective housing, the YouGov / KONE study also looked at the expectations of all French people regarding the building of the future. When they imagine the building in which they would like to live, the French favor an eco-responsible building model (41%), ahead of the smart and connected building (11%) and the cooperative building (10%). However, 22% of respondents want a building combining the three dimensions, with the possibility of choosing à la carte services. It should be noted that the new generations show more appetite for new technologies: 18-24 year olds are 18% to prefer this model of building, ie 7 points more than the average of respondents.

For Cédric de la Chapelle, Modernization Director of KONE France: “The model of an eco-responsible building is the one in which the majority of French people see themselves, ahead of the connected building and the cooperative building. Eco-responsibility and cooperation correspond to values ​​and lifestyles that are very much in tune with the concerns of the French people and new uses. Digital and technology are more tools at our disposal. More than a purpose, the connected building is above all seen as a means of achieving a more responsible and more cooperative way of life. »

Focus on the residential smart building

For KONE, the lessons of the study argue in favor of an acceleration of smart building for the housing market. This implies in particular better cooperation between real estate professionals to achieve the existence of this building to which the French aspire: more functional, more service-oriented, more sustainable.

For Cédric de la Chapelle, modernization director KONE France: "Finally, it is an issue of control within buildings that the results of the YouGov / KONE study underline: control of needs, equipment, flows, consumption... To achieve this, the various systems that make the buildings need to be connected, and OEMs need to work together to make it happen. At another level, it is also through better cooperation that we can improve the carbon footprint of renovation sites, by setting up channels for reusing materials. »

For a year, KONE's DX technology has made it possible to make any elevator a connected object, and thus, to make it communicate with the other equipment in the building when they also allow it. This openness makes it possible to deploy a real platform of services, which can be activated according to the needs within the co-ownership. For example, the elevator can be connected to an artificial intelligence and benefit from a predictive maintenance service, which makes it possible to anticipate incidents and avoid up to one out of two breakdowns. Another example, it is possible to connect the elevator to a robot so that it can move around the building. It can also be connected to a door and access management application to reinforce security, or to call the elevator remotely, without contact, to remove certain concerns about cleanliness.