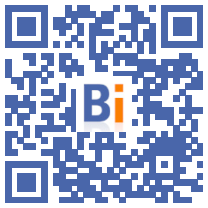 The reform of unemployment insurance, which was suspended due to the Covid-19 crisis, is "absolutely essential" and will be gradually applied "between October 1 and December 1," Jean Castex said Wednesday.

At the end of the government's back-to-school seminar at the Elysee Palace, the Prime Minister presented this reform as one of the responses "to recruitment difficulties", by aiming "to restore order to a fundamentally useful regime, but from which the rules had gradually drifted ".

"I also, faced with the fears expressed by the unions and which you know, indicated that we would set up a monitoring and evaluation system," said the Prime Minister.

The entry into force of the unemployment insurance reform has been postponed several times due to the crisis.

The new rules for calculating the amount of unemployment benefit were to come into force on July 1, but the Council of State suspended them, arguing "uncertainties about the economic situation".

The government intends to submit a new decree to the Council of State in the coming weeks. It highlights the improvement of the economic situation in the explanatory memorandum, to allow the entry into force on 1 October of the new method of calculating the daily reference wage (SJR, base of the allowance), much disputed. by unions.

The date of December 1 should correspond to the entry into force of the tightening of the rules on the degression of benefits and on the duration of affiliation necessary to open or top up a right.

These are in fact linked to the observation of a "return to better fortune" with indicators to measure an improvement in the job market.

Concretely, the tightening of the eligibility conditions will go from 4 to 6 months when there will be both a drop of "at least 130.000" job seekers registered with Pôle emploi in category A "during the last six months "and 2,7 million pre-employment declarations of more than one month over four consecutive months. All calculated from the month of April.

Based on the same criteria, the duration of compensation before application of the degression to job seekers whose allowance is greater than approximately 4.500 euros of gross monthly salary will be reduced from 8 to 6 months.