The reform of borrower insurance for home loans comes into force 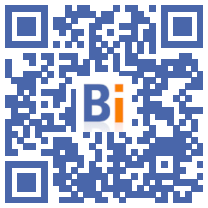 The Lemoine law, which reforms borrower insurance for home loans, comes into force on Wednesday June 1 and must simplify access to these contracts and their termination.

Driven by MP Patricia Lemoine (Agir) and adopted in February, the law has three components "for fairer, simpler and more transparent access to the borrower insurance market", often required to obtain a mortgage.

First, it opens the possibility of changing borrower insurance free of charge at any time and no longer only on the anniversary date, for any new contract concluded from Wednesday.

Insurers will have to inform borrowers each year of their right and how it is implemented. This provision will apply to contracts in progress from 1 September.

The second part of the law concerns the medical questionnaire required to obtain borrower insurance: it is removed for mortgages below 200.000 euros per person whose term occurs before the borrower is 60 years old.

Finally, the period of the "right to be forgotten" for former cancer or hepatitis C patients is reduced to five years after recovery, instead of ten. They will therefore no longer be obliged to declare their illness after this period.

This measure was demanded by several patient associations, which recalled the difficulties of people who had had health problems in obtaining credit to buy housing.

The borrower's insurance market is valued at nearly 10 billion euros in premiums per year and concerns approximately seven million homeowners with outstanding credit.