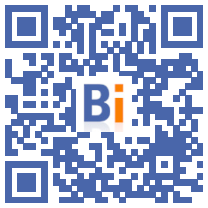 The decree toughening the calculation of unemployment benefit on October 1 was published in the Official Journal on Thursday, but it will again be attacked before the Council of State by the unions who contest this flagship measure of the reform of unemployment insurance.

These controversial new rules were to come into force on July 1, but the Council of State suspended them in June, citing "uncertainties about the economic situation".

The court had been seized in summary proceedings by the unions whose appeals have yet to be examined on the merits.

But, without delay, the government publishes this new decree, basically unchanged, highlighting "the sharp rebound in employment since May".

"The economic situation is good and yet we are facing a paradox: companies which cannot recruit and unemployed people who cannot find a job. It is therefore the right time to make this reform. The new formula will apply from Friday to all new registrants at Pôle Emploi ", insists the Ministry of Labor.

The CGT, FO, CFDT, CFE-CGC and CFTC have already indicated that they will attack the new text.

According to an assessment in April by Unédic, up to 1,15 million people opening rights in the year following the entry into force of the reform would receive a lower monthly allowance (by 17% on average), with in the at the same time an extended "theoretical duration of compensation" (14 months on average against 11 before the reform).

The Ministry of Labor disputes this figure, stressing that it does not take into account the improvement in the economic situation since nor "behavioral effects" hoped for from the reform.

Decided in July 2019, the reform was suspended in the light of the Covid-19 crisis, then amended.

The rest of the reform, namely the tightening of the rules on the degression of benefits and on the duration of affiliation necessary to open or top up a right, should come into force on 1 December.

These are in fact linked to conditions for improving the labor market which should be fulfilled by that date.

The eligibility conditions will then be reduced from 4 to 6 months. And the reduction of 30% for benefit recipients under 57 years of age who have lost remuneration greater than 4.500 euros gross monthly will apply to the 7th month of compensation and no longer to the 9th month.

The period of observation of the behavior of companies for the "bonus-malus" on unemployment contributions in seven sectors that are large consumers of short contracts began on July 1, for application to contributions in September 2022.