The recovery is here but beware of "headwinds", warns the OECD 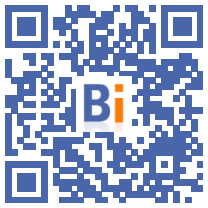 The OECD on Monday raised its global growth forecasts for 2021 and 2022, while warning of a relapse of the economy due to the persistence of "headwinds".

While welcoming the strength of the recovery, the Organization for Economic Co-operation and Development, which has 38 countries representing 60% of global GDP, is particularly concerned about the vaccination against Covid-19, which is too slow in the regions. poor countries and nervousness in financial markets.

The recovery is here: after a historic recession in 2020, which saw the world economy contract by 3,5%, the OECD forecasts a GDP increase of 5,8% in 2021, "the highest rate since 1973 "said the institution's chief economist, Laurence Boone, at a press conference.

"If vaccination accelerates and people spend the money they have saved, growth could be even stronger," she said.

For 2022, the year that should see most economies return to their 2019 levels, the OECD is forecasting growth of 4,4%. The organization forecast global growth of 5,6% in March this year, and 4% next year.

"Governments have administered nearly 2 billion doses of vaccines" and "never in a crisis have we seen such rapid and effective public policies, whether in terms of health, vaccine development or monetary, budgetary and financial plan ", noted the Frenchwoman by presenting this flagship report of the OECD.

"Yet too many headwinds persist," warns the OECD. In particular, "until the vast majority of the world's population is vaccinated, we will continue to be at the mercy of the emergence of new variants."

New reconfigurations would undermine "confidence" and a number of companies, "well protected until then but often weighed down by high debt, could go bankrupt," warns Ms. Boone.

"There is too little international cooperation and the result is that the prospects for recovery are too uneven," regretted the secretary general of the OECD, Angel Gurria, whose last press conference was.

The projected growth this year is 8,5% in China and 6,9% in the United States, two countries which have already returned to their pre-pandemic level, but only 2,6% in Japan or 3,3 % in Germany. The projection for France is 5,8%, higher than that of the government.

"The OECD will continue to advocate loudly for a multilateral approach to end the pandemic worldwide," added the Mexican, who had held the post for 15 years.

Under his mandate, the international organization, long confined to the production of reports, gained in influence, becoming a multilateral negotiating body, particularly in the field of taxation.

After the lifting of banking secrecy, it tackled another titanic project: the establishment of a global minimum tax on the profits of multinationals, in order to fight against tax optimization which deprives States of crucial fiscal resources. .

Mr. Gurria said he was confident that the negotiations, which involved more than a hundred countries, would be successful by the G20 in October. His successor, Australian-Belgian Mathias Cormann will take office on Tuesday.

Another major risk identified by the OECD: the nervousness of the financial markets, quick to be alarmed by the inflationary surges observed here and there - but which, according to the international organization, are a temporary phenomenon linked to economic catching up.

"We believe that inflation should decline in 2022 and that the bottlenecks" responsible for shortages "should be resolved by the end of the year," assured Laurence Boone.

She admitted fearing the "volatility of the financial markets, which would have consequences for the developed economies but also emerging, by causing capital flight".

Here is a summary table of forecasts for 2021 and 2022. In brackets, the difference in percentage points compared to the interim projections published by the OECD on March 9.