The recession of the French economy in 2020 revised downwards to -8,2% 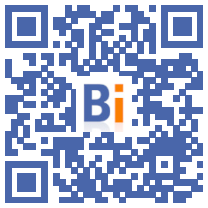 The French economy fell by 8,2% last year, INSEE reported on Friday, a drop slightly less than the -8,3% previously estimated, but which confirms the historic recession suffered by the country due to the pandemic.

In the fourth quarter of 2020 alone, the decline in GDP is 1,4%, against -1,3% previously estimated, also assesses INSEE, which specifies that the French economy ended the year 2020 with activity 4,9 , 2019% below its level in the last quarter of 19, i.e. before the appearance of the Covid-XNUMX epidemic.

As indicated at the end of January, when the first estimates were published, the recession is mainly explained by the sharp drop in household consumption expenditure (-7%), prevented by periods of confinement and activity restrictions, the contraction investments (-10,3%), and the plunge in exports (-16,3%), much greater than the reduction in imports.

The detailed data published by INSEE on Friday also confirms that household incomes and purchasing power have held up well during the crisis, thanks to the support measures put in place by the government (short-time working, specific aid for the most modest, etc.) and tax cuts (income tax, housing tax).

Their gross disposable income thus increased by 1,1% over the year as a whole, and purchasing power increased by 0,6%. It remained stable, however, when considered by consumption unit, that is to say taking into account the composition of households.

"The joint effect of the increase in purchasing power and the fall in consumer spending has led to a sharp increase in the household savings rate", underlines again INSEE.

Over the year, this rate climbed to 21,3%, against 14,9% in 2019, illustrating both the constitution of forced savings, due to activity restrictions, but also of savings of precaution, linked to concerns about the future.

However, "about a quarter of this fall is linked to the abolition of the CICE (employment competitiveness tax credit) in early 2020, while in 2019, (companies) benefited from both the CICE and reductions in social contributions which have replaced it, "says INSEE.