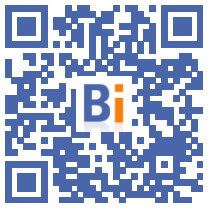 After a false start in July, the new energy performance diagnostics (DPE) are back this week with fixes intended to make this pillar of the climate and resilience law more reliable.

"Leakage" walls (which open onto the outside or an unheated room), doorframes, heating, ventilation ... nothing should escape the eye of the diagnostician when he enters a dwelling, nor the orientation, the materials of construction or the thickness of the air gap in the double glazing. The data is then condensed and weighted by coefficients.

In the end, a score between A and G on the energy performance of housing: it is the DPE, which is no longer informative but enforceable since July 1, and with a calculation method no longer based on energy bills but rather on the characteristics of the building.

However, the red flag was quickly drawn by diagnostic professionals and homeowners alike. Due to "anomalies" noticed in the first diagnoses carried out during the summer, the edition of DPE for dwellings built before 1975 (year of the first thermal regulations) had been suspended at the end of September. Since November 1, it has resumed with fixes to the software.

Thus, an 80 square meter apartment in a Haussmanian building in the 18th arrondissement, north of Paris, received a G grade at the start of the school year. A few weeks later, with the corrected software, the diagnostician Karim Rebah, manager of Adeka Expertises , observes with the same data the rise of a category.

The estimate of annual energy costs for housing, information that accompanies the DPE and never fails to make owners react according to the diagnostician, has meanwhile fallen by around 500 euros.

"We will be very vigilant, because behind there are still important issues of obligations, questions of renovation, prohibition to rent. This is not trivial", warns Jean-Marc Torrollion, president of the National Real Estate Federation (FNAIM).

The DPE has become "one of the pillars" of the energy transition with the climate and resilience law, underlines Lionel Janot, the president of the Interprofessional Federation of Real Estate Diagnosis (Fidi).

"Suddenly, the DPE had to be reliable", he adds, "satisfied" with the corrective action.

The law is in fact hunting down "thermal strainers", these energy-intensive housing which will be progressively banned for rental from 2025.

"The energy transition will have to be done, and the building cannot escape it," observes Karim Rebah. "There are not 36 solutions: we isolate if we want to consume less".

The new DPE is about ten pages with color codes and didactic diagrams, in particular to show the percentage share of each element in wastage. It includes recommendations, and depending on the work carried out, specifies in which rating category the renovated accommodation would fall.

The Ministry of Housing estimates at 80.000 the number of DPE relating to dwellings built before 1975 having received a rating of F or G during the summer, which would therefore be "redone automatically", at no cost to the owners - the cost will be covered through compensation for diagnosticians by the State. In the case of a D or E rating, the owner may request a reissue, "at no additional cost either," he announced in a press release in early October.

The impact of this new DPE is eagerly awaited, even if for the moment in the “euphoria” of sales this summer, “there has been no effect,” notes Jean-Marc Torrollion. With an important nuance: "we still have banks which have refused financing from (classified housing) G".

And on the donor side? "Awareness is coming", observes Mr. Torrollion, all the same "astonished at the ignorance of the consequences of the climate and resilience law, for example of local elected representatives".