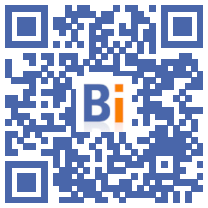 For their annual devegetation operation of the Ramparts of the City of Carcassonne, the Center des Monuments Nationaux is renewing its collaboration with the Italian company EdiliziAcrobatica, a specialist in building and renovation on rope.

The work was carried out in accordance with the rules of the art and according to the specific requirements applicable to work on buildings classified as historical monuments.

The first challenge was to complete the work in a very short period of time: less than ONE MONTH.

On the technical side, once the weeding was done, the EdiliziAcrobatica team had to fill the holes created by the roots and the largest cavities with lime mortar tinted in the mass, mortar made in situ to adapt the dosage to each change in color (red, yellow and sienna).

Finally, the other challenge was to create anchor points for the ropes without degrading the ramparts, mostly fixed around the crenellations, the EdiliziAcrobatica team however had to install zip lines.

Established since 2019 in France, EdiliziAcrobatica has kicked off an expansion strategy with the opening of its commercial activity in 6 cities that currently cover a large part of the South of France: Nice, Marseille, Toulouse, Montpellier , Narbonne and Lyons.

Among the 3000 sites honored by the EdiliziAcrobatica rope access masons, other projects made an impression: cleaning of the Fortress of Salses, intervention on the facade of the Orange Cube (Lyon) (work by the architectural firm Jakob+ Macfarlane) and the Perpignan station, intervention at the top of the historic monument of the Alhambra in Nice, complete renovation of the facade of the historic Port Viguerie district (Toulouse) for the Buildings of France, or even the cleaning of Pavilion 52 (Lyon) and the Monolith (Lyon ).

Among the work requested, there is often devegetation, pruning, making plaster connections, laying spikes and anti-pigeon nets, cleaning gutters and downspouts as well as repairing roofs to difficult access.

With more than 90 positions to fill and an increase in its business volume of more than 38%, EdiliziAcrobatica France is experiencing a very positive start to the year 2022 like the Group and is establishing itself as the renovation specialists on the rope.