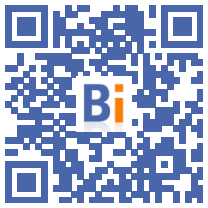 No nuclear and only renewable energies, on condition of tackling waste: the negaWatt association presents its vision of the energy future of France, which promises to be a central subject of the presidential campaign.

The network of experts, a pioneer in carrying out this kind of forward-looking exercise, is putting forward its new scenario for 2050 a few days before the operator of the high-voltage electricity network RTE presents its own, eagerly awaited by the public authorities.

NégaWatt first notes that we could significantly reduce energy needs by efficiently renovating buildings: from 30.000 to 800.000 global thermal renovations per year by 2030, with comprehensive work and not piecemeal.

The electrification of cars, supplemented by hybrid biogas (to limit the use of lithium), the modal shift, as well as a levy for road transport to finance rail ("the idea is not to less going on vacation ") form the other lever of action on demand to get rid of fossils, sources of global warming.

Ultimately, energy consumption is halved in 2050 compared to today.

The supply is based on wind turbines, the number of which will have to be doubled, to 18.500, when Germany already has 30.000. "It is not an invasion as some want to believe," comments Marc Jedliczka, a spokesperson.

But also photovoltaics, by doubling the current annual growth. The scenario also relies on a sharp increase in agricultural biogas.

Corollary: no need to build nuclear reactors, or even to start the Flamanville EPR, described as a "major industrial failure".

And "by closing the old reactors between their 40th and 50th year, the electricity system can do without the atom while ensuring security of supply via the storage and management of electrical flexibilities" generated by renewables, calculated the 'association.

"Far from giving up or the illusion of easy solutions", these proposals are anchored in "an operational realism", says the spokesperson of negaWatt, Yves Marignac.

According to the association, the country's carbon neutrality could be achieved as early as 2047, with carbon sinks enabled by agroecology and "zero net artificialization".

"Contrary to the injunctions to produce and consume ever more, in defiance of planetary limits", the scenario, which aims to be "a roadmap for the five-year term" to come, also advocates a "virtuous" industrial revival combining future sectors (offshore wind power, batteries, electrolysers, etc.) and optimization of resources (recycling, bio-based materials, eco-design, etc.).

This five-year publication, also taking into account the needs for minerals and the emissions of our imports, is part of the debate on the energy future of France, which is committed to carbon neutrality in 2050. How to achieve this?

At the request of the government, RTE has worked for more than two years to imagine the electricity production of tomorrow, but also the demand, which could be sustained with the rise of electric vehicles and hydrogen.

Several scenarios should thus be presented on Monday, all pointing to the necessary boom in renewables: assumptions ranging from 100% to renewable-nuclear at 50-50.

The atom today produces more than 70% of the current in France, a world record. The government has chosen to reduce it to 50% by 2035 to diversify its bouquet, but the rest is the subject of rough debates, revived in the electoral context.

The State was to decide on the continuation of the EPR construction program no later than 2023, when Flamanville will have started normally.

For the time being, President Emmanuel Macron has already announced support for the manufacture of prototypes of “small reactors” SMR, via the “France 2030” investment plan.

“Is France's electricity future a deal already done?” The Climate Action Network worried on Wednesday. "The RTE study and other recent scenarios should allow a democratic debate", claims the NGO federation, for which the option of new reactors will be "too slow to act on the climate in the decade".

Environmentalists, with Yannick Jadot and Matthieu Orphelin, must also hold a press point, accusing Emmanuel Macron of taking out "heavy artillery to try to demonstrate that the launch of a new EPR program is urgently needed".