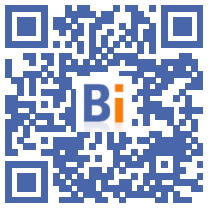 The public reporter agreed with the environmental associations opposed to the development of the Saint-Sauveur wasteland, in the center of Lille, a large urban project supported by the socialist mayor Martine Aubry and the metropolis.

Contacted, neither the town hall, nor the European metropolis of Lille (MEL) wished to speak.

In 2018, two associations, PARC Saint-Sauveur and ASPI (Association for the Suppression of Industrial Pollution), lodged two appeals against the redevelopment of this wasteland.

The project, which provides for the construction of 2.400 homes, shops and an Olympic swimming pool on a huge 23 hectare vacant lot, site of a former freight station closed in the early 2000s, has since been frozen by this procedure.

The judgment of the administrative tribunal will be rendered on October 14.

The associations are asking for the cancellation of two deliberations voted in 2018 and 2019 by the MEL declaring the general interest of the project, arguing an "irregular procedure".

In his conclusions presented Thursday, the public rapporteur recommended to the court to cancel these deliberations, considering the "inadequacies and inaccuracies" of the impact study on "the quality of air, water, groundwater and noise pollution ".

"It is a fundamental recognition of the legitimacy of our approach because it has been three and a half years that we have been fighting against the MEL and the city", reacted to AFP Bénédicte Vidaillet, co-president of the association PARK.

Without wishing to "cry victory", she emphasizes that "in 95% of cases, the judge follows the opinion of the public rapporteur".

"From the moment we recognize that the impact study is insufficient, the general interest can no longer be appreciated", pleaded the lawyer of the associations, Me Muriel Ruef.

Regarding a third request, in which the ASPI requested the annulment of a prefectural decree authorizing the development of the area, the public rapporteur recommended a stay of proceedings.

At midday, about fifty environmental activists and elected officials had gathered in front of the court to denounce the "threats to public health" of this project, which has become one of the symbols of ecological issues in a city marked by pollution chronic atmospheric.

For Stéphane Baly, president of the municipal opposition group "Lille Verte", this "obsolete" project does not "respond to current emergencies". Faced with the "failure of the method of forceful passage" of the socialist town hall, he believes that it is now necessary to "reconsider the whole project".