The proposals of several presidential candidates to resolve the housing crisis 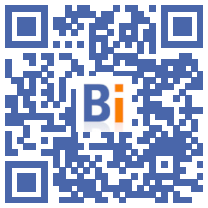 Solve the housing crisis and meet the needs of energy renovations, several candidates declared for the presidential election made their proposals at the construction summit Thursday in Paris organized by the French Building Federation.

The socialist candidate wants to allocate part of the funds of the recovery plan to housing and bet on the "decentralization of investments".

"If I am President of the Republic, I will take up this recovery plan and I put the package on investment in the construction of housing and in the fight against thermal strainers through local communities," said the mayor of Paris .

Arnaud Montebourg: supporting a "return to the land"

The candidate of the "Remontada" proposes that a "prefect builder" can respond, in each department to unsatisfied housing needs.

He also wishes to accompany a "return to the land" for "10 million French people who dream of leaving the metropolises", according to him.

He proposes that the State acquires old housing at low cost to allocate them free of charge to "those who dream of leaving the metropolises", so that they can renovate them themselves.

The Communist Party candidate proposes to invest 10 billion euros over five years to initiate an energy renovation plan for houses and collective housing.

He affirmed the "right to housing for all" and in particular to build individual houses, after a controversy at the end of last week around remarks of the Minister of housing Emmanuelle Wargon - who had qualified the individual houses of "ecological nonsense , Economic and Social".

"The town halls must have the means to give building permits; eight out of 10 people that I receive in my office come for housing problems", justified the Communist candidate to explain why return to the objective of zero artificialization net of soils.

The candidate of the ecologists recalled his program providing for an investment plan of which 10 billion would be devoted to housing and building.

He also referred to "overall support for the costs of home renovations" for 1,7 million of the poorest families.

The candidate of the National Rally plans to grant national priority for access to social housing.

Reducing the housing crisis requires "reestablishing security" which should curb the reluctance of mayors to build social housing in the face of "the risk of communitarization", she argued.

The candidate for the nomination Les Républicains declared that she wanted to "fight against bureaucratic hell" to reduce the administrative constraints weighing on construction.

"I will set up an ax committee that will have to halve the legal codes," she said.

The President of the Ile-de-France region also wishes to generalize zero-interest loans for first-time buyers according to their income and property prices on French territory.

The candidate for the nomination Les Républicains wishes to return to the objective of zero net artificialization of soils and lower taxes on production.