Property tax has increased by 28% on average in 10 years, according to UNPI 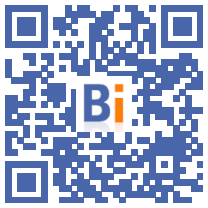 Property tax increased by just under 28% on average between 2010 and 2020, "three times more than inflation or rents," according to figures from the National Union of Homeowners released Tuesday.

The increase was particularly felt in cities such as Nantes (+ 38%) or Villeurbanne (+ 37%), and more generally in the Ile-de-France departments of Yvelines (+ 76%), Val d'Oise (+37 %) and Essonne (+ 37%), underlines the UNPI in the 15th edition of its national observatory of property taxes on built properties.

"This increase results from the conjunction of two increases: that of rental values ​​(automatic revaluation of 6,1% in 5 years) and that of the rates voted by the local authorities", explained the UNPI in its presentation to the press.

The president of the UNPI Christophe Demerson deplored "an easy solution" on behalf of the local elected officials who "need revenue and turn to the owners".

The property tax represents on average 2,3 months equivalent in rent, up to 4 to 5 months in some medium-sized cities, protested Mr. Demerson.

"And we think that the increase will continue, with the abolition of the housing tax," Christophe Demerson told AFP, who believes that local elected officials "are already anticipating where they are going to look for revenue".

He also denounces "inflation on management fees on small taxes" levied by the State, such as the tax on household waste or Gemapi for the prevention of floods.