The project of a bridge or a tunnel between Great Britain and Northern Ireland, dream of Boris Johnson, is buried 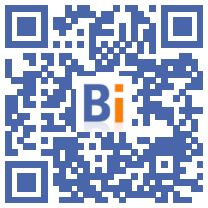 Build a bridge or tunnel connecting Great Britain to the British province of Northern Ireland? A feasibility study on Friday buried the idea promoted by Prime Minister Boris Johnson due to an exorbitant cost and a very long construction time.

The idea of ​​linking Northern Ireland to the rest of the UK, including Scotland, separated by sea, has been circulating for many years, but it has grown under the leadership by Boris Johnson.

The Conservative leader asked a team of experts in 2020 to examine the feasibility of the project, as part of a study, published Friday, on transport infrastructure in the United Kingdom.

"Cutting-edge XNUMXst century civil engineering technologies would make it possible to build a bridge or tunnel between Great Britain and Northern Ireland," the experts concluded. For technical and safety reasons, a tunnel would however be limited to rail use.

The bridge or tunnel would be "the longest" ever built to date, given the technical challenges posed by the sea, they added, with an estimated cost of 335 billion and 209 billion pounds, respectively (395 and 247 Billions of Euro's). And from project design to approval and construction, it would take "nearly 30 years" for such a crossing to become operational.

"For the moment, the benefits cannot exceed the costs for the public purse," they stressed, recommending not to continue with this project.

In the Northern Irish province, the project was supported by some pro-British politicians, who saw it as a way to strengthen ties strained by Brexit.

Boris Johnson already has an infamous bridge record: when he was mayor of London, the curator launched a major "garden bridge" project over the Thames, which was eventually scrapped after costing $ 53,5. , 63 million pounds (XNUMX million euros).