The private sector continues to slow down in July 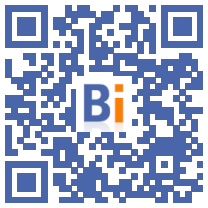 The growth of activity in the private sector continued to decline in July, under the effect of a deterioration which affects both the service sector and the manufacturing sector, according to an index published on Wednesday August 3 by S&P Global.

The French private sector continues its slowdown observed for three months, reaching a level of 51,7 points in July, down 0,8 points compared to June, said S&P in its press release.

A rate above 50 marks an expansion of activity, a rate below this limit signifying conversely a contraction.

French activity was partly the victim of a sharp fall in orders in the manufacturing sector and a stagnation in the volume of new business over the month as a whole. These trends are currently offset by a slight increase in the number of new contracts in the services sector.

In detail, the services sector still records for the time being more companies experiencing an increase in their activity (28%) in the month of July than the reverse (16%), the latter attributing this upward trend fair prices.

Its index is however down, dropping to 53,2 in July, against 53,9 the previous month, but it nevertheless recorded a sixteenth consecutive monthly increase.

Manufacturing activity is contracting even more compared to June, which was the first to experience a contraction since October 2021, even registering its largest contraction since May 2020, at the height of the health crisis.

The trend looks rather negative, estimates S&P Global, in particular for exports, while demand from abroad for services continues to decline, with a contraction rate at its highest since last December.

“Given the gas crisis, the rise in interest rates and the maintenance of very high inflation, it seems difficult to envisage an imminent rebound of the economy”, insisted Mr. Hayes.