The prices of old housing are rising, driven by a desire for green and the search for space 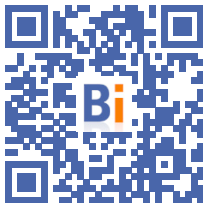 After more than a year of economic and health crisis, old housing is still costing more in France, driven in particular by a desire for "green" and "additional room" for teleworking, reveals Tuesday the quarterly analysis of notaries and of INSEE.

According to the index jointly established by the notaries and INSEE, the prices of second-hand housing continued to increase in the first quarter, up 5,9%, with for the first time since 2016 a more marked increase for the house prices (+ 6,5%) than for apartments (+ 5,1%).

"The crisis has fueled the desire to move" and the widespread teleworking during this period created "new needs" among buyers, making "the office room almost essential", explained Thursday the Parisian notary Thierry Delesalle, to the occasion of the presentation of quarterly market figures by the Chambre des notaires du Grand Paris.

The general attraction for houses is driven in particular by the Ile-de-France market, where prices climbed 7,1% this quarter, after an increase of 6,8% at the end of 2020. In Ile-de-France, the rise in prices on apartments, however, observed a slowdown in the first quarter (+ 3,6% against + 6,1% in the fourth quarter of 4).

These figures in the Paris region "reflect a relative loss of attractiveness of urban centers" and a "desire for green" on the part of buyers, summed up the notaries of Greater Paris.

If prices remain above 10.600 euros per square meter in Paris in the first quarter (+ 1,7%), the capital is no longer "the locomotive" of the rise in prices in the region and in the country, adds Mr. Delesalle.

"After having known, these last four years, price increases of 5% to 9% per year, the dynamic has gradually stopped in the capital", according to the Parisian notaries.

Thus, the number of sales over the last 12 months in the capital fell by 14% at the end of March, while it reached peaks at the national level.

In France, with nearly 1,08 million old homes sold between March 2020 and March 2021 in France, the number of transactions has reached a historic level, slightly exceeding the peak observed at the end of 2019, before the start of the health crisis, notes the Notaries-Insee index.

According to Mr. Delesalle, this "absolute record of volumes" is explained both by a "catching-up effect" after the temporary paralysis of the market linked to the first containment last spring, and by government measures to support the economy , which revived "confidence to invest in the future".

"We are not facing a tsunami but a tidal wave, this desire to move should continue for several years," added the Parisian notary.

The search for space also boosted the country home market, which reached "a record number of transactions", with nearly 112.000 sales in 2020, and prices up 6,4%, according to the report. annual of the national federation of land regulatory bodies (FNSafer), published Thursday.

This general rise in prices should continue at least until the summer, supported in particular by "accumulated savings" during the health crisis, believe the notaries of Greater Paris.